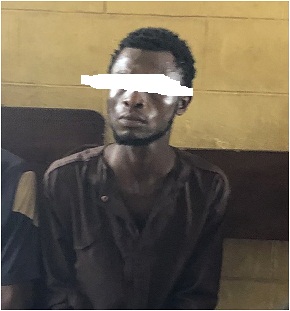 An Akure Magistrates’ Court yesterday remanded a commercial motorcyclist,  Ifedayo Oluwadunsin, in a correctional facility over alleged attempt to kidnap two children from their mother’s car.

The accused person, 27, was brought to court by men of the Amotekun Corps on a single count of kidnapping.

The state counsel, Mr O.F Akeredolu told the court that the accused attempted to kidnap two children of one Mrs Kumuyi on August 29, 2022, at Aquinas College, Akure.

He told the court that mother had left her children inside her car to attend to an urgent matter.

While she was away, the accused entered  her car with the intention to kidnap her children for ransom.

According to the prosecution,  the offence contravene  Section 4 of Ondo State Anti-Kidnapping and Anti-Abduction Law, 2010.

Akeredolu, therefore, move an  application for the remand of the accused  pending the issuance of advice from the office of the Director for Public Prosecutions (DPP) in the State Ministry of Justice.

Lawyer to the defendant, O. Adedire prayed for an adjournment to enable him  file a counter affidavit to the prosecutor’s. application.

The Magistrate, D.S Sekoni ordered that the defendant be remanded in the Amotekun custody.

He adjourned the case till  October 14 for ruling on  the remand application.