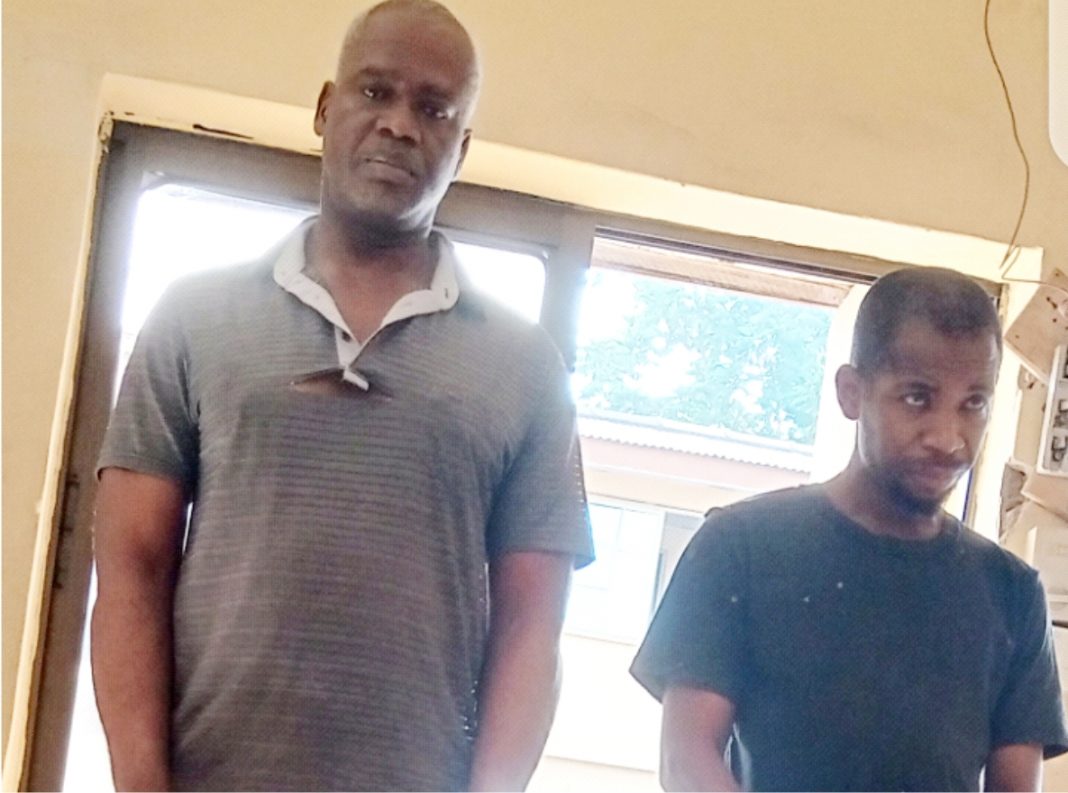 Two men have been remanded by an Akure Magistrates’ Court over alleged conspiracy and armed robbery.
The defendants are, Nwanchukwu Raymond Uchechukwu, 39 and Chike Hillary Nwanze, 56.
The police alleged that they committed the offence with others at large on June 13,2021, at about 1.00am, at Km 5, Akure/Owo Express Road, in the Akure Magisterial District.
Informing the court, the prosecutor, Inspector Suleiman Abdullateef said that Uchechukwu and others at large robbed night duty security men one Enni Etim and John Omole of their 2 itel phones valued at 68,000 and two Howo Truck with marked SMR 487 XY and ADR 337 ZY valued at N52million, properties of one Dr. Romeo Francis.
Abdulateef added that Nwanze received the Howo Truck marked SMR 487 XY valued at N26,000,000 million, knowing same to have been robbed.
He said the defendants, while armed with dangerous weapons, including guns and other offensive weapons were later arrested by the police.
The plea of the defendants were not taken.
According to the prosecution, the offences are contrary to and punishable under Sections 6 (a & b), 1 (2) (a & b) and 5 of the Robbery and Firearms (Special Provisions Act Cap 174 Vol. 4, Laws of Ondo State of Nigeria, 2006.
The prosecutor asked the court for an adjournment to enable him forward his case file to the office of the Director of Public Prosecutions (DPP) for advice.
He applied that the two defendants should be remanded in Olokuta prison custody pending the out come of DPP.
However, Counsel to the defendants, U.P.O. Uwandu opposed the application made by the prosecutor, saying there was no connection linking the second defendant to the charge of conspiracy, but that he only received the property in count three.
He, therefore urged the court to strike out the first count against the second defendant and charge him only for the third count.
In his reply, the prosecutor noted that the second defendant knew that the truck was robbed and he could not show any documents for the truck he bought.
According to him, the second defendant bought a truck worth N26 million at N7million and he felt comfortable with the amount when he knew no dealer would sell at that ridiculous price.
He urged the court to discountenance the argument of the defendants’ counsel and remand them.
In her ruling, Magistrate Tope Aladejana ordered the remand of the defendants in Olokuta Olokuta Correctional Centre pending the issuance of advice from the office of the DPP.
She adjourned the case till February 22, 2022 for mention.

Experts call for summit on decadence in schools