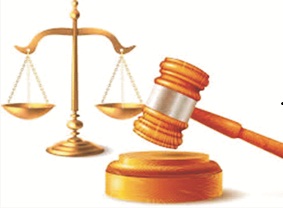 The Federal High Court sitting in Ado-Ekiti, the capital of Ekiti State, on Tuesday warned the National Chairman of the All Progressives Congress (APC) Mr. Adams Oshiomhole against taking to  any  actions which could amount to subjudice on the appointment of Senator Abiola Ajimobi as the National Deputy Chairman (South) of the party.

The Court presided over by Justice U. N. Agoumoh , said it would be contemptuous to fill the position by APC National Working Committee until the case filed by an aspirant, Mr. Michael Akinleye, contesting Ajimobi’s proposed nomination is determined.

In the suit number FHC/AD/CS/8/2020 was filed at the Federal High Court Ado-Ekiti against the National Working Committee (NWC) of the APC to halt Ajimobi’s appointment on the premise that the position had been micro-zoned to Ekiti.

The seat became vacant following the appointment of Otunba Niyi Adebayo as Minister of Industry, Trade and Investment, which brought the feeling by Ekiti APC that Senator Gbenga Aluko should be allowed to fill the vacancy in respect of the party’s micro-zoning, rather than moving it to Oyo State.

At yesterday’s proceeding, Counsel to the Claimant, Mr. Taiwo Omidoyin, drew the attention of the Court to the fact that the National leadership of APC, being a respondents in the case before the Court had appointed and inaugurated Ajimobi into the office, despite the pendency of the case.

Lawyer to the respondent,  Chief Anthony Adeniyi quickly interjected saying, “Ajimobi has  neither been nominated nor installed as the Deputy National Chairman(South). I couldn’t have lied before the Court having spent over 40 years at the bar as a lawyer.”

Justice Agoumoh said, “The position of this court that the status quo ante bellum be maintained in this case still subsits.

“I want to warn the lawyers to tell their clients not to do anything that will jeopardize the case in Court.

“I hope your clients have not taken any steps as regard the case at hand? The consequences will be there for anyone who flouts the order,” the court ruled.