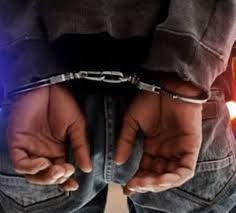 A suspected COVID-19 patient, identified as  policeman, who sneaked into Ondo State, was on Friday taken by officials of the  Nigeria Center for Disease Control (NCDC) from Osun State at Ifon, community, Ose Local Government Area of Ondo.

The Hope Metro gathered that the policeman, whose identity was not disclosed, left his duty post in Ede, Osun State on Wednesday to his family house in Ifon, Ondo State.

An authoritative source revealed that the policeman manoeuvred his way into Ondo State, as he was fully kited in police uniform, such that security agencies manning the road, could not suspect his health status.

Luck, however ran out on him, as officials of Osun State NCDC trailed him to his family house in Ifon, where they picked him and returned him to Ede.

It was learnt that the team from Lagos also took entire family members  along with him back to Ede to avoid any danger of spreading the virus among the people of Ifon.

The Olufon of Ifon, Oba Isreal Adewusi, who spoke with our reporter said, the pandemic has not reached his domain.

He said people were already afraid and apprehensive they might contract the COVID-19 disease.

The monarch hinted that residents in Ifon Community have started migrating to their farmland to avoid being victims of the dreaded virus.

The Hope Metro learnt that blood samples of the people that had contact with the policeman have been taken to NCDC center in Ede, in Osun State, while they await the results.

Contacted, the Ondo State Police Spokesman, ASP Tee-Lea Ikoro, confirmed that the police officer came into the state from Ede and has been taken along with members of his family by officials of the Osun State NCDC for test to confirm their COVID-19 status

Ikoro told our correspondent that the state police boss, Mr Adie Undie was aware of the development.