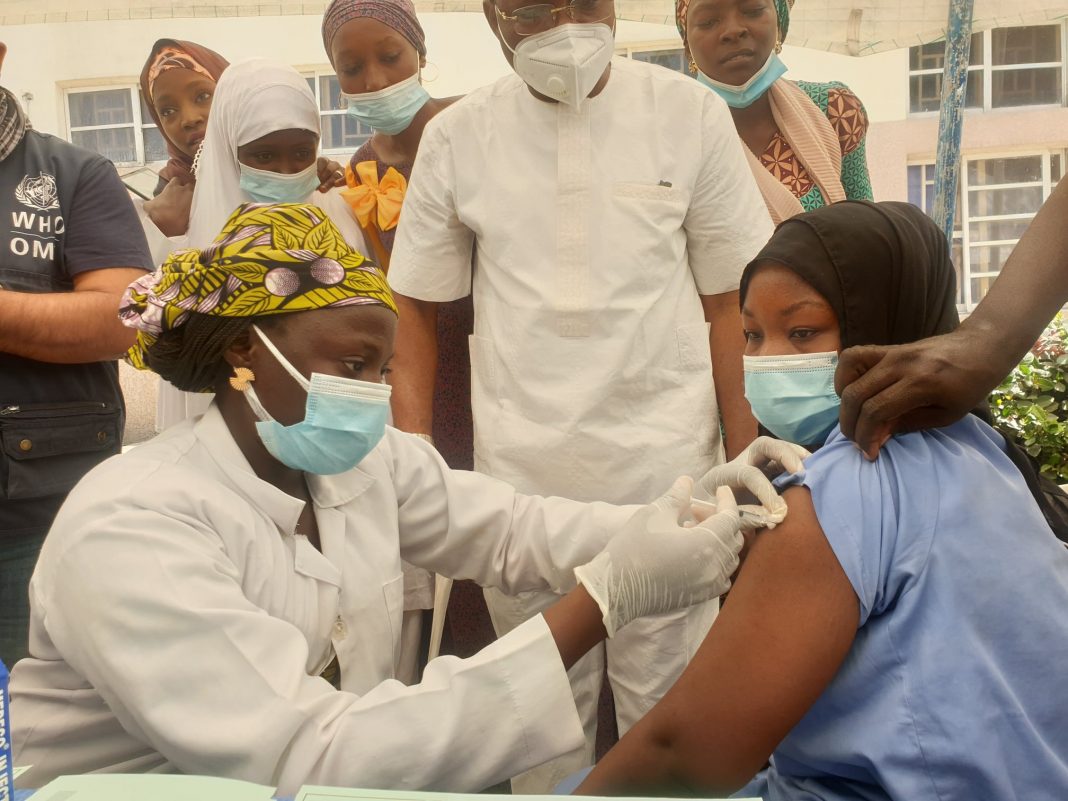 No fewer than 524,839 residents have been vaccinated for COVID-19 in Ondo State as at January13, 2022, out of which 675 residents have taken the booster doses for both Moderna and Pfizer vaccines, The Hope has gathered.

To further curtail the COVID 19  menace, the  government has made available 70000 AgRDT kits to test 70,000 residents within the next two months for the virus thus reducing its spread in the state.

It was further gathered that more kits after exhaustion of the ones available in the state, will be replaced by the National Centre for Disease Control (NCDC) on request by the state government.

Giving the analysis of the above figure, he revealed that for the Phase one of Astrazeneca vaccine, 63,794 residents took the first dose while 29,365 residents presented themselves for the second dose of the said vaccine.

Adefesoye said that for the phases two and three of Astrazeneca, 203,229 residents took the first dose while 79,065 residents have taken the second dose.

Speaking further he said; ” Moderna phases 2 & 3, 92,996 took first dose and 55,651 took second dose while just one person has taken the booster doses of this particular vaccine.

Speaking extensively on measures put in place to reduce the spread of the virus in the state, he stated that government is working towards increasing detection rate by increasing testing noting that National Centre for Disease Control (NCDC) in collaboration with OSPHCDA, Ministry of Health and the Hospitals Management Board want to increase the number of centres for conducting the test.

He explained that government will leverage on the Mass Vaccination Centres(MVC) which have been created in the state to conduct the testing for COVID-19 adding that private hospitals and some pharmaceutical outfits will also be engaged to perform the exercise.

While noting that there have been an impressive turnout of residents towards the vaccination exercise, he however revealed government’s plan to train large number of health workers for the conduct of the COVID-19 test.

It would be recalled that the Special Adviser to the Ministry of Health, Prof Francis Faduyile recently said that there were 343 active cases of corona virus in Ondo State.

While observing that the rate has increased, Faduyile was however quick to assure citizes that the cases came with a low fatality rate.