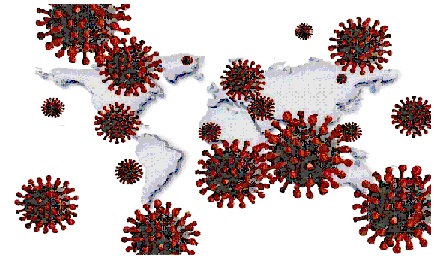 As part of efforts to ensure strict compliance to COVID-19 precautionary measures, Osun State government says defaulters will be made to engage in community services when found guilty.
Commissioner for Information and Civic Orientation, Funke Egbemode, who disclosed this in a statement issued at the end of the virtual State Executive Council meeting, said the state government is considering the deployment of mobile courts across the state.
According to her, government expressed worries that in spite of all that had been done to enforce the safety guidelines, including lockdown, security operations and sensitization, a large number of people still move around without their face masks, while some are beginning to convene parties and social gatherings.
Her words, “this continuous breach of safety protocols will further worsen the active community transmission stage the state is in and fighting hard to resist and curtail.
“The state government will therefore look to deploy extra measures in the days ahead to upscale its fight against the spread of the pandemic.
“Part of the measures will be the deployment of a mobile courts to conduct instant trials of defaulters, and the prescription of community services to serve as deterrence to defaulters of the NCDC and state government’s guidelines.
“We enjoin religious leaders to continue to enforce the safety protocols of the government in their respective organisations.The guidelines set by the government also remain in place.”