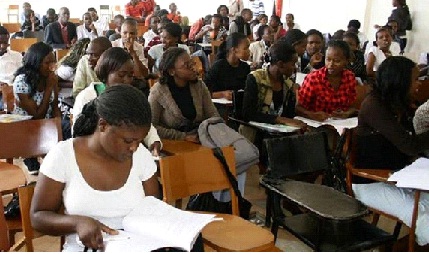 In defiance to government’s order on social gathering as part of measures to curtail the spread of COVID-19 in Ondo State, operators of tutorial centres in Odigbo town have continued to open their facilities to students of all ages.
When The Hope moved round the local government, the centres were opened for students especially those seeking admission into higher institutions without recourse to safety guidelines.
It was also gathered that some of the tutorial centres charged between N200 to N2000 depending on the educational level of pupils.
One tutorial centre operator, who spoke under the condition of anonymity, argued that the operators were only helping students to remember what they had been taught in school but were gradually forgetting due to the long closure of schools.
Meanwhile, some parents noted that the long closure of schools remain reason they allowed their children to attend lesson while some blamed parents for allowing their children to participate.
“Parents should know better than the children; we are to tutor the children. At this particular period of COVID-19, we should safeguard our homes”, said Mrs. Ayomide Akinsoyin.
Also reacting to the development, leader of the Association of Tutorial Operators, Mr Bankole Fisayo, said he had warned members of the association to stop holding coaching centres for students due to COVID-19 outbreak but some, mostly in populated areas, were still disobeying that order.