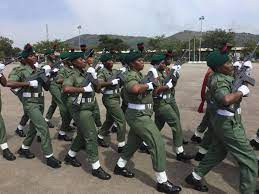 In view of the recent surge in cult attacks in higher institutions in Ondo state, stakeholders have called on the government and managements of institutions to empower paramilitary groups that are operational within the schools.
The stakeholders believed that the institution-based paramilitary groups would complement the efforts of security agencies, especially in the area of intelligence gathering.
They stressed that cultism in higher institutions could be curbed if the institution-based paramilitary groups, such as Cadet Corps and Man O’War, were empowered, since they are the closest to every member of the tertiary institutions than the law enforcement agents.
Recent cult attacks in Ondo state had led to the death of two people in Akure, six in Owo and three in Ondo, among others.
As a results of the incessant cult attacks, Ondo state Governor, Oluwarotimi Akeredolu, in a statewide broadcast sounded a note of warning to all cult groups and their sponsors in any part of the state that his government would not spare any efforts in dealing with anyone caught engaging in the dastardly acts.
In an interview with The Hope, Head of Department, Commercial Law, Adekunle Ajasin University, Akungba Akoko, Dr Victor Ayeni said that “security can never be too much”, advising that institution based paramilitary groups should be empowered and engaged to curb cultism in Nigerian universities.
According to him, “My reason for supporting campus-based paramilitary organizations is because they have the advantage of providing intelligent information and that is what may not be possible even for the internal policing infrastructure of the university.
“Campus-based paramilitary organizations comprise of students who know much about other students so it is possible for them to have lots of information about activities of other students who were involving in cultism.
Also speaking, a security consultant, Emmanuel Sunday said curbing cultism in institutions and in the communities requires the support of every possible stakeholders affected by the menace.
“The institution’s paramilitary bodies should work hand in hand with the Nigeria Police in order to achieve this aim since police alone cannot do it and to achieve this kind of aim, there must be unity of trust.
Mr Emmanuel also called on the management of each institution to sensitise the students to report strange group or activities they see because their support will go a long way to end the menace.
A retired military personnel and the Ag. Chief Security Officer of AAUA, Mr. Alademomi Oluseye also called for the empowerment of paramilitary groups in tertiary institutions in the country and Ondo state in particular.
He said the paramilitary groups have edge over every security agencies as far as fact gathering on cultism is concerned.
He noted that the groups were not to launch any attack on cult groups but they could assist security agencies with background investigation and supply of information.
In his response, the Publicity Secretary, Man O’ War, Adekunle Ajasin University Akungba-Akoko, Tinuolaji Oladele expressed that the Man O’War would always be ready to support the police in the war against cultism on campuses.
He said as part of the student’s population, the Man O’War officers related more with students and they could easily identify those who are found wanting.
He stated that they could serve as intelligence gatherers for the police and other law enforcement agencies, if they were given the right motivations.

FG to lift 100m Nigerians out of poverty