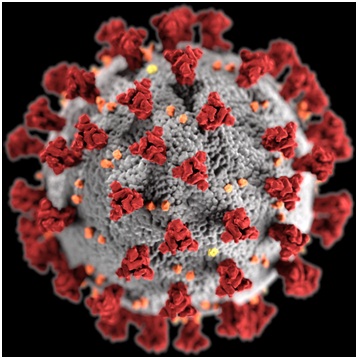 Nigerian government has been urged to tap from the locked in dead capital to cushion the negative impacts of COVID-19 on the country’s economy and livelihoods.
The dead capital refers to assets/property that cannot be converted to economic capital. They cannot be used as collateral for loans and their ownership rights are not properly recorded, according to the World Bank.
A Public Affairs Analyst, Mr. Fola Adelesi said, “The PwC estimated that Nigeria holds $300 to $900b in dead capital in residential real estate and agricultural land alone.
“No better time than now to unlock and harness the capital for wealth creation and economic growth,” he told The Hope.
The Nigerian economy declined by 6.1 percent in the second quarter of 2020 owing to lockdowns and other measures put in place by government to contain the spread of COVID-19.
Unemployment has risen to 27 percent in the same quarter, from 23 percent in the third quarter of 2018. Businesses, especially small and micro enterprises, are under severe pressure amid lack of bailouts and low consumer spending.
Adelesi said the six percent contraction in GDP and three percent growth in Nigeria’s population translate into almost ten percent decline in GDP per capital year-on-year, with impact on poverty, unemployment, among others.
He commended the Central Bank of Nigeria’s exchange rate response, but acknowledged that there is still a significant gap of 20 to 25 percent between the official and the parallel market rates, meaning that people cannot access FX, which creates problems in the supply chain.
The Federal Government has planned a stimulus package of N2.3 trillion— two percent of GDP— to revive the economy damaged by the virus. He said it is commendable, but cautioned that it is small compared with several countries now spending 15 to 20 percent of their GDP to get through the current financial crisis.
Adelesi advised governments to aggressively promote peace and tranquility across the country in order to attract patient capital, while restructuring the fiscal plan, especially spending on non-essential projects.
“Carefully manage the risk of debt trap that could result from increasing debt accumulation, and put in place framework that ensures transparency and accountability across MDAs.”
Also an Akure based Economist, Elder Fessy Olabode explained that Nigerians must understand that the Federal Government and the CBN, which are being asked to bail out businesses, are not immune to the pandemic.
He said the apex bank might need a stress test in the future, urging the government to tap dead capital for recovery, asked the government to plan and review sectors and households hard hit by lockdowns.
He said the impact of the COVID-19 is more profound on developing economies such as Nigeria with a fragile health system, weak economic structure, and limited policy space to adequately respond to the crisis.
Olabode said the business environment is still feeling the heat of the crisis as existing operators are increasingly finding it difficult to support margins and meet contractual obligations due to revenue shocks precipitated by the disruptions.
They however urged the Federal Government to mobilise external funding and seek debt relief, while supporting the financial viability of states.