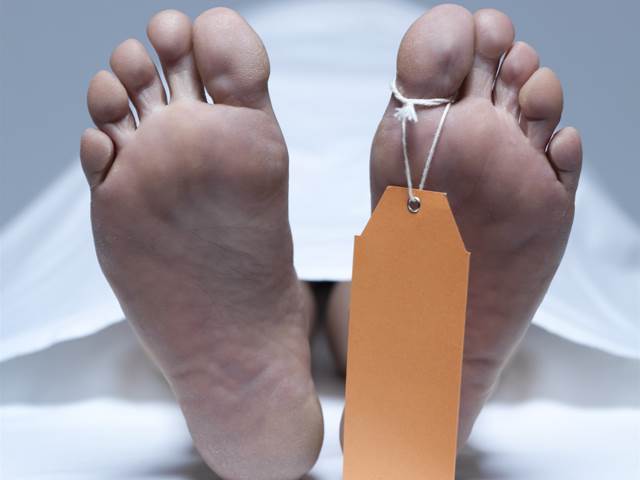 The life of an average human being begins and ends in the hospital. For the  newborn babies, in the delivery ward, for the finalist, in the morgue,  the dead  temporal home where the rite of passage begins for burial. Caring for a dead body is not easy and can stir up strong emotion.

It’s quite a normal reaction to fidget when one sees a corpse. But what happens when one is daily faced to meet new dead bodies,  and attend to their embalming needs?

This seemingly odd job is carried  out by human beings called morgue attendant  who themselves are no super human, but charged with the sole responsibilities to take care of dead bodies when they are being laid to rest as every part of the human bodies remain still to inactivity because  of breathe, the essence of life is gone.

Their duty is simple but scary. As they tend and wash over , care for the body,  and finally wash the body prior to burial, morgue attendants lives  are intriguing and grim.

On a visit,  The Hope reporters, peering into the morgue, and beholding an array of dead bodies  with either a gray or still fresh bodies is scaring.

Only God knows what goes through the  minds of these morgue attendants  when a body is brought to receive their tender loving care .

In layman term, a mortuary is a place to store a dead body momentarily to avoid decay before a burial is conducted.

This piece will be looking at the experience of mortuary attendants as well as their challenges as per their choosing career.

Speaking with Samuel Oginni who have nothing less than 14-years  experience working as a  morgue attendant  and currently at the State Specialist Hospital in Akure, says that there are alot of fear and myth concerning working in the morgue, and a lot that goes through his mind whenever he sees a corpse, embalmed one or preparing one for a burial.

Oginni says, the sight of infancy, pregnant women or any boisterous living human makes him to sum that there is more to being good while one lives.

According to him “When we started this work, there was great fear because we were novice then and those we met have been on the job for quite a while and we used to hear that when you wanted to enter the morgue, you have to knock three times, but we were observant that did it have meaning, and after  several days of working with  them we discovered that those men were scamming the innocent.”

In demystifying some myth when he started working he continued further that, “if you have a corpse in the morgue, and you wanted to see it, so in order for you to drop something, those old morticians will turn their back and enter the morgue. We discovered that  we did not knock, nor entered with our back”.

According to him “I was initially employed as a clerk, then I always register the deceased and received payment. Where we are now, is a morgue. I recalled  one old mortician, who  gave me a broom one time to sweep this very place. That man was an old man, he asked me to sweep the surroundings of the corpses,  and they were like 7-8 years uncleaned and abandoned  bodies. And the fear was so great  because  I had not experienced anything like that before and when  I saw that he was coming, I quietly ran  back to the work I was given .

According to him, the fear prompted him to want to run away from the morgue after he received that month salary, unknown to him that payment of new intake was after three months.

For Mr. Oginni, working in the morgue has taught him a lot about relating with the dead. He believes that ones you have a clean heart, and you know you have no hidden agenda, your fear will daily subside because you receive the dead anytime of the day , which means you can enter into the morgue or to embalm any deceased at any time. He says,  “if you don’t have hidden mind that you are cutting, the nails, hairs and selling them, then even though you see any strange things, you would not be afraid. When your mind is pure and not responsible for the deceased’s death. but the fear is still there, because they can bring a  corpse  anytime and you have to receive it, and when they go, it remains  only you with the corpse.”

Furthermore, Mr. Oginni is always gobsmacked, whenever he sees corpses brought enmassse, in the case of  accident victims despite his 14-years’ experience, he feels bad during the embalmment.

According to him, “when they bring  accident victims, motherless baby,  a day old baby, I would be shocked during the embalment with a lot of thought, thinking about life, and I would be thinking that one day, someone will embalm me. This thought always guides me  anytime I am with my colleagues. I live my life like I am sent. Even though you kill me today, I know that you  one day, your time will  come, no matter how powerful you may be.”

Furthermore he says “God forbid one is in the morgue seeing his   children, friends, or wife. No matter how many years you have  been in the mortuary, you will always feel the connection with the corpses and absolutely be touched. And again, seeing a pregnant woman is always a terrible sight. Imagine one has a wife at home who is seriously heavy with a baby? These sights always weak us seeing such connectivity. . Embalming ones closest persons still breaks me. ”

Whenever Oginni sees the array of bodies in the morgue, whenever he goes there to pick, clean, wash or carry an embalmment or prepare anyone for burial he says “I perceive them as sleeping people”.

Samuel Oginni summed his 14-years’ experience and mantra working in the morgue as, “ If your mind is pure, then you are free. The fear will come, and so far you are pure in heart, about the deceased, you are free. The main key working in the mortuary is that let your heart be cleaned, have a pure heart, do not engage in any mischievous activities because you think that the deceased has no relative. And doing any frivolous acts to a corpse, you cannot tell the state in which the corpse died. When you do, the spirit will hunt you”.

In his words: “when I started this job I was so scared, that my first day at work I couldn’t sleep at night because the memory of the bodies keep ringing in my head, but at times with the help of my fellow workers, I was able to cope. It was not easy  when I started  at times I will  be walking along the street and I will be hearing footsteps behind me that was how bad it was”, he disclosed.

He revealed the spiritual combats mortuary attendants , now and again go through with occultists and members of some secret societies before their corpses were embalmed in the mortuary.

Ben confessed that, “this occultists do give us trouble while being embalmed because their bodies have been fortified by the devil or some spiritual forces, in such cases, we have to pet them and persuade them by talking to them to allow the  chemicals penetrate their bodies, but if they remain stubborn, we will have to employ our own spiritual force and of course, power pass power and we can embalm them”, he explained.

According to him some dead bodies were so powerful such that they do not allow other bodies to lie close to them and he was always careful when attending to such bodies.

“Some powerful  dead bodies  do not allow other dead bodies to lie close to them, so in the night, they will remove other bodies near them and dump them far from where they are or they would go to isolated place and lie there, all dead bodies are not the same”

He said they always knock before coming into the mortuary because some of the bodies may be partying, gisting, some will even go out to buy  and sell things but when they knock they will come back before they could enter.

The  mortuary attendant  lamented the stigmatization being faced from people as  unbearable, “if people know that  you work in a mortuary we are considered as diabolic, and a bad person, people see you  as an occultic who dine and wine with the dead but that is not the case, you see truly some of this bodies die prematurely, some mysterious death, so they tend to cause a lot of trouble for us but we know how to handle them”, he stated.

People die every day either by sickness, disease, accident, old age or whatever the case may be.People who die have loved ones, they leave their loved ones behind and in order for their loved ones to pay their last respect to them , a proper burial is conducted. By proper burial, it means the body is taken to the mortuary, initially, the body is allowed to stay in the mortuary for some time until the family is able to raise enough money for the burial.

While the body is in the mortuary some activities are  carried out  to  protect  the body from decaying. Such activities may include washing of the body, embalment  etc. Gone are the days where cremation (burning of the dead body) is carried out immediately someone dies.

In this modern age especially in Nigeria, cremation of the body is like an insult to the dead, so people tend to look for better way to respect the dead without burning them, hence the need for mortuary.