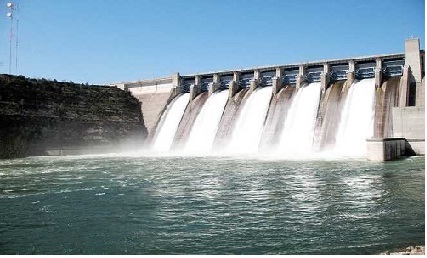 Experts have offered a recipe to prevent flooding in parts of Ondo State.
The experts in separate interviews counseled the state government to dam major rivers in the state and harvest the excess water for agricultural purposes during the dry season.
The rivers could also generate electricity, said the experts ahead of predictions by Nigerian Meteorological Agency (NIMET) that severe flooding is imminent.
Worried by the predictions that some parts of Ondo State might experience flooding, the experts advised that Ala, Ose and Oluwa rivers be dammed.
For some years, areas like Aiyedun, Oke Ala, Oke Aro, Iloro Market in Akure are always submerged any time it rains causing considerable damage to buildings and property in the areas.
An Agronomist and Chief lecturer at the Federal College of Agriculture, Akure (FECA), Dr Emmanuel MoyinJesu observed that the way out of constant flooding in Akure is to dam the affected rivers and channelized them.
He conceded that though the idea is a capital intensive one, but government should bankroll it because it is more assuring and water harvested from the dams could be stored for future use.
MoyinJesu warned that the flooding will have negative effects on farms and crops if care is not taken.
He predicted that in all coastal areas, the water land will rise especially in Ilaje to destroy some structures in the environment and advised that farmers be adequately informed and prepared for the disaster.
He noted that ecological and disaster management fund which comes every month from the federation account could be used to channelise water ways, saying If we manage the funds, it will reduce all these things.
“You find out that some hilly areas face a lot of erosion, we can go there and put in erosion control measures. I think the problem is institutional development, our institutions are very weak, the agencies and the Agriculture ministry itself must be proactive and futuristic” he advised.
Also Project Manager, Ondo State Agroclimatology Project, Mr Akintomide Sunday advocated water harvesting as another means of de-flooding in the state.
“You can also do water harvesting. You harvest your water, when you have a lot or excess, it drains inside that place. This is different from dam. You dam a river when it floods from one place to another in order to store it but when you harvest water, you make concrete blocks and the water is channelled into the place.
“You have to make sure that you make the floor and the sides well concreted before harvesting the water.
“During the dry season, it is very good for farmers. When you have enough, instead of wasting away, you make use of it for irrigation purpose during the dry season.
“Water harvesting is good for farming while the damming of a river and Channelisation can only be controlled by the government,” he explained.
Meanwhile, the Commissioner for Environment, Mr Funso Esan has assured citizens that the state had embarked on channelisation in the state.
He noted that the state procured Amphibious Excavator last year and that since January this year, the state had been using the Excavator for Channelisation of all the drainages and water ways in the state.
“We have been moving from the north to southern districts and everywhere. We have identified all the flooding areas in the state and we are working assiduously to make sure that we do the proper Channelisation.
“Apart from that, the state is doing a serious sensitization for the citizens of Ondo state to make sure they do not block unnecessary drainages.
“In areas that are prone to flooding, we want to advise them that as soon as the flooding worsens, we are going to raise alarm and ask them to evacuate. That is the best thing. The flooded areas will be alerted and we will raise fund for them,” he assured.