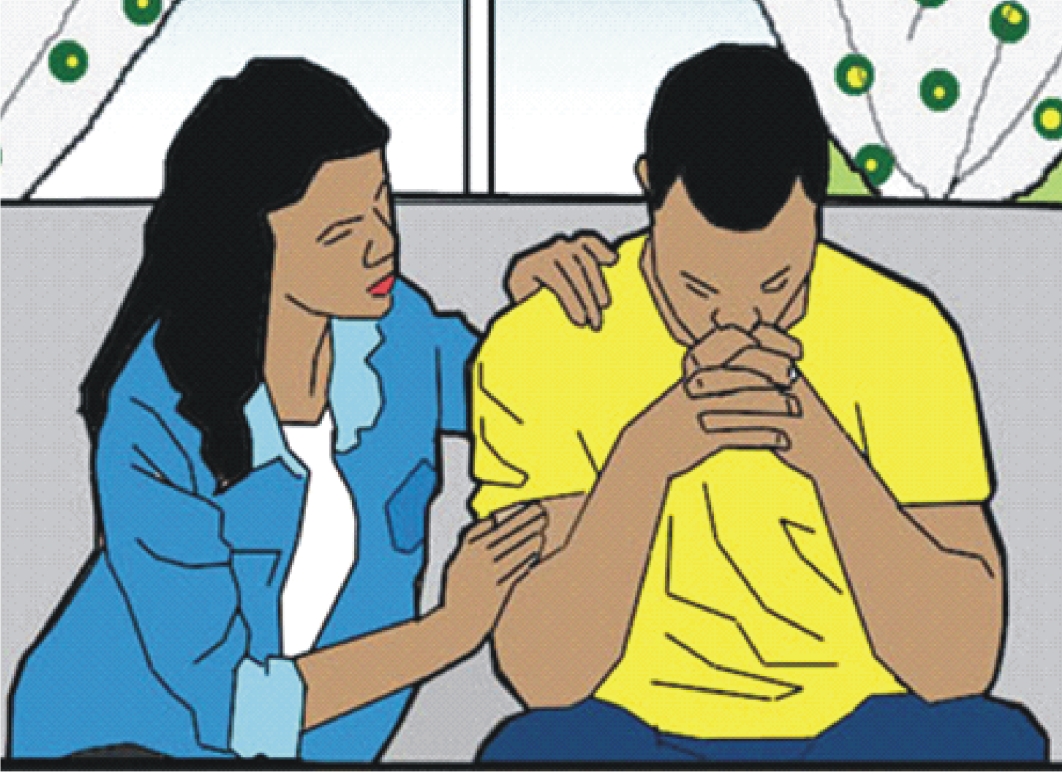 Depression is common. It affects millions of people, including someone you may never think is facing similar challenges, emotions, and obstacles.

However, It is important to take your mental health seriously and accept that where you are right now is not where you will always be.

Being depressed can make you feel helpless, over the years, many people have been reported to have died of depression and suicide. It is no strange thing to see or hear such as headlines.

Contrary to what most people believe, the rich are not left out of this, they also have their share. They face problems like health issues, fear of losing a contract or business deal, and so on.

Most dependent children complain of parent’s nagging. To them, freedom comes once you are on your own. But once there is much desired freedom, they realize the problem of responsibility. These are just a faction of the mirage being sought after every day.

However, if this mentality is not changed, the level of depression won’t decrease. It is most disheartening to hear news of people dying because of their lack of knowledge that one needs to stay positive, even if things are not going as planned.

According to the World Health Organisation (WHO)’s suicide data,  close to 800,000 people die due to depression and suicide every year, which is one person every 40 seconds. It was also published by Acumen in an article titled Nigerian suffers looming depression crisis.

We need to know what depression is. Depression is different from usual mood fluctuations and short – lived emotional responses to challenges in everyday life. Depression is caused by anxiety and if left unattended to, it can lead to mental problems and suicide.

When you are depressed, dig out your interest. What is that thing that interests you?It could be football, dancing, writing, singing and so on. Through it, you will be able to express yourself. You need to stay positive.

Speak positively,be optimistic.There is a common slang lately. When you ask a friend, ” how far”, their response would be the mouth is dry. This can contribute to the level of depression in the society.

Even while being optimistic, believe in disappointment. When you set high hopes for something and you get disappointed, you can be depressed. Disappointments are bound to happen whether you believe it or not. It is also vital to speak out. Try to share your thoughts, problems, anxiety, fears and disappointment.

A saying goes thus; a problem once shared is half solved. Bottling up pains and disappointment is a great factor that will contribute to depression. In fact, some medical practitioners categorize it as a symptom of depression. One major mistake people make when depressed is the use of hard drugs and alcohol.

They are what some people believe could shake off their depression. The hard drugs include, cocaine, marijuana, Indian hemp, among others. These drugs worsen their situation because once the effect has gone; they become more vulnerable to their emotions.

The key to self-treatment for depression is to be open, accepting, and loving toward yourself and what you are going through.