Death in our neighborhood! 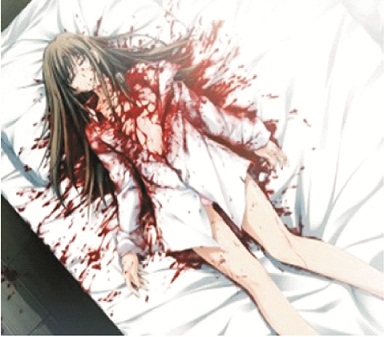 By Sunmola Olowookere
\
Our neighbourhood was thrown into an upheaval last weekend when the corpse of a man was discovered in his own house. It was a chaos which shook the whole lane. Such an incident had never happened before.

As the Yorubas would say “a ki I gbe inu ile eni, ka forun ro” loosely translated as “you don’t get into a mishap in your own house.”

However, a man has gotten into a mishap in his own house in our neighbourhood. The man was getting on in years. So many people argued that he might have suffered a heart attack. Though no resident knew his exact age but he was believed to be in his sixties at the time of his death.

In his lifetime, he lived alone like a hermit though he was not one; he was a ladies man and they flocked around him whenever he had enough cash to hoodwink them and he also loved his beer and spirits. Sometimes, he would be so drunk that he would be brought home by good Samaritans when he would have fallen by the roadside.

He had no iota of respect in the neighborhood either from old or young and so many scandals revolve round him.

Well, those scandalous stories are tales for another day.

Eniola as he was popularly known had many wives but none of them lived with him. Hence, he had been dead for some days and nobody knew.

Had it not been for an observant neighbour who insisted that he saw him go in two nights previously and didn’t hear the deceased leave at any time though he was a light sleeper, Eniola might have been left to rot inside his house.

By then, the other neighbours in the neighbourhood who had begun to wonder about his whereabouts called his children that lived in the town and told them that the whereabouts of their father was unknown.

Everyone was alarmed. The children began to call his number, it was not going through. They called round the likely places he could be; friends, relatives, wives, known concubines, but no one had seen him.

They were forced to face the dreadful realization that if  no one had seen him and there was no calls demanding that a ransom be paid for him by kidnappers then he could be inside his house.

They called him “daddy!”, no answer. Then, they had no choice but to break the door of the house down in order to gain entrance.

They got some equipment and broke the door. The children rushed inside while the residents followed at a slower pace.

They got into his room and saw him lying lifelessly on the floor. The first person to see Eniola recoiled and gasped with shock which made the others in other areas in the house to rush to the scene.

The women that followed them screamed with fear and shock. The men rushed at him to raise him up but he was very stiff. It was obvious that he was long gone. They felt for his pulse and the elders pronounced him as dead as a doornail.

They turned him over and discovered a huge gash on one side of his head. They reasoned that something might have made him to fall whereby he hit the side of his head against the raised doorway to his bathroom.

There was blood on the floor, though it was dried and caked. It was obvious that his death was not recent and it might be more than a day ago because by then, he had begun to give off an obnoxious odour.

Cries and lamentations rent the air

“What happened to him?

” Oh lord! Why has evil befallen us in this neighbourhood?

“Are we still safe here?

“The police will now invade this neighbourhood and they will start raiding”.

With the last comment, a hush fell upon the group of mourners and sympathizers as they wondered if they were not in for it with the police over the sad development.

However, it was a different story when the elders of his family began to arrive. After a short meeting with the children of the deceased, it was decided that his death was as a result of a fall and not murder.

Hence they decided not to involve the police and simply bury their dead immediately so that the corpse would not decompose the more.

That same evening, a grave.was dug in front of the house and the remains of Eniola was commuted to mother earth in a makeshift casket that was hastily constructed with available planks by a carpenter in the neighbourhood.

They called him “daddy!”, no answer. Then, they had no choice but to break the door of the house down in order to gain entrance.