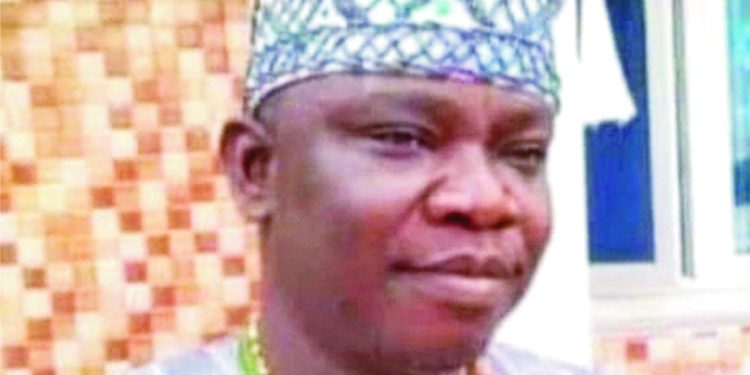 No matter how daring an African man is in sexual exploits, the fear of Magun has continued to instill a sense of fear and caution in such a man no matter how alluring or beautiful the woman they are attracted to seem to be.

Majority of Nigerians believe in the efficacy and potency of magun affliction.

In the Yoruba culture in the western region of Nigeria, the strange tradition of Magun means “do not climb”.

This is more reinforced by the recent sexual debacle which shook the ancient town of Ikere Ekiti when a reknowned herbalist met an untimely death while mating with the wife of a pastor.

Being a popular herbalist, Ejiogbe’s death was received with shock and outrage by the people of the town. The youths went on a rampage and would have destroyed the pastor’s church utterly or done havoc to his person but for the timely intervention of the police.

Nothing could shake their belief that the herbalist died of Magun despite the fact that the husband of Ejiogbe’s lover is a clergyman.

Interested Nigerians too want to get to the root of the matter on what killed Ejiogbe. However, the police has come up with little or no information on the matter.

What is Magun? In plain terms, many Africans believe that it is a potent charm put on a woman by a jealous husband or lover to harm other men that come in sexual contact with her.

Also known as thunderbolt, it is done to restrict either man or woman from  promiscuity. Parents can place magun on their daughters to keep them from being promiscuity and punish anyone who rapes them, or it could be done by in-laws, lovers, spouses to keep husbands or wives from being unfaithful.

According to Yoruba traditional belief, magun is usually laid without consent and/or trickily. A broomstick or thread can be placed on a doorstep or walkway for the woman to cross over. Nevertheless, the result can be very deadly.

A woman with this spell that is unfaithful can get ridden with strange illnesses, boils, small pox or increased sweating, and could eventually die. A man with the spell who cheats could end up crowing like a rooster. Enlargement of the private part, headaches, convulsions or somersaulting are other indications.

However, the most common manifestation of this charm happens when a woman laid with the spell commits adultery, the penis of the lover becomes stuck in the vagina with severe pains until the husband comes to cancel the spell.

According to some search sites on google, the symptoms of the magun phenomenon is apparently not unique to Nigeria. There have been cases in other countries such as Kenya and in Zimbabwe, the phenomenon is called Runyoka.

There have been some scientific explanations that try to explain this phenomenon. The first is Penis Captivus, a rare occurrence in heterosexual intercourse when the muscles in the vagina clamp down on the penis much more firmly than usual, or due to an engorged penis, making it impossible for the penis to withdraw from the vagina.

Another is Vaginismus which occurs when a woman has sexual intercourse with guilt. This might cause the physiology of the woman to be altered so the vagina tightens around the penis in a series of spasms.

There are instances when sex-related stroke and cardiac arrest are often taken to be magun (literally meaning ‘don’t climb’ in Yoruba language).

A medical Doctor,  Dr. Ogunyemi said autopsy reports of some sex-related deaths indicated that the victims have enlarged hearts due to age-long uncontrolled high blood pressure.

“There are local varints such as a mixture of local gin and herbs (Agbo gbogbonise, sepe or paraga). There are also well packaged industrially made variants in packets of pills, or tablets such as “Spanish fly, Enpulse, Vimax, Virillis, M-Energex, High T, Male X “and those in liquid forms such as Alomo bitters.

“Unfortunately, many men will resort to these mixtures of local gin and herbs, including the bitters to improve their sexual performance.

“For a man that is hypertensive, the exertion can spur severe hypertension and then a heart attack,” he said..

Whichever the case, there is still some mystery surrounding his death during sex, because many people believe more in the traditional aspect of the phenomenon more than the scientific. While the youth believed that Ejiogbe died of Magun, his fellow herbalists maintained that he could not have died of Magun.

As the police had released his lover from their custody and closed investigation by releasing Ejiogbe’s corpse for burial, it might be an indication that he may not have died of Magun.

Speaking on the development, a fitness and wellness manager advised that men that do 90 per cent of physical work during sex need to watch while describing sex as a rigorous exercise.

His words, “imagine doing missionary style for 30 minutes straight is like doing pushups for 30 minutes. That’s why it is important to get fit and check your BP. Heart rate increase during point of climax”

He said that it was odd that herbalist will have heart attack during sex as most herbalists lived to ripe old age in the olden days.

A traditionalist, Jimoh Adewole explained that the circumstances of the death of Ejiogbe indicated that he did not die of Magun as Magun does not kill so quickly after intercourse.