Deborah: Killing in The Name of Religion

THE nation’s psyche was recently bruised by the horrendous murder and savage burning of Deborah Samuel, a 200- level student of the Shehu Shagari College of Education, Sokoto in Sokoto State. She was killed by her fellow students for an alleged blasphemy on Thursday, May 13, 2022. Deborah was stoned to death in broad daylight and her body subsequently burnt with her killers publicly showing off their exploits in a viral video.  With glee, one of them displayed the match box used in setting her ablaze.

“BLASPHEMY” killings are rampant in the Muslim-dominated parts of the North even though President Muhammadu Buhari, Northern Governors, the Sultan of Sokoto and head of the Muslim community in Nigeria, Alhaji Sa’ad Abubakar III, front-line Islamic clerics like Sheikh Ahmad Gumi, Sheikh Nuru Khalid and a host of others have come out in total condemnation of the dastardly act.

MUSLIM youths in the North always seem battle-ready to take the law into their hands over real or contrived charges of blasphemy. Strangely enough, this ugly trend is not evident in the South-West with an entrenched culture of Islamic adherence.  We recall the gruesome murder of a secondary school teacher, Christiana Oluwatoyin Oluwaseun, a mother of two who was killed by her secondary school students for dropping the Quran on the floor while invigilating secondary school students, sitting for an Islamic examination. One of the students who had Quran in her bag began to cry alleging that the teacher desecrated the Quran by putting it on the floor. Immediately, other students started shouting “Allahu Akbar,” seeking for her blood. They tied her up, cut her to pieces, burnt her car and also tried to kill her 10 months old son but was rescued by a woman who hid him.

WE therefore condemn this dastardly act of killing innocent souls on the altar of protecting religion. We view it as barbaric, brutish and jungle justice against the backdrop of the secularity of the Nigerian state as enshrined in its constitution. We expect that the students should have allowed the law to take its course as there are several sections in the extant laws that make provisions for punishment for the offenses of blasphemy.

IT is unfortunate that such incident happened in a higher institution where we expect would be a well-informed environment. This has showed the unfortunate roles religion plays in the country’s political history. The political class has unfortunately been using it to exploit the masses. We insist that Nigerians may not get out of this unless we divest politics from religion.

IT is unfortunate that such incident occurred when Saudi Arabia was planning to relax some of its Islamic laws in order to encourage investment into the country. It embraces this having, realized the level of development being experienced in the United Arab Emirates, UAE. The time is ripe therefore for the Muslim leaders in Northern Nigeria to take a greater responsibility and recondition their youths to embrace the nobler nuances of the Islamic faith for peace. We charge the security agencies to fish out all perpetrators of the crime and bring them to book. What the mob did was nothing but murder and they should be prosecuted accordingly.

THAT the Sokoto State Government is prosecuting those arrested for lesser charge of public disturbance is worrisome and that over forty lawyers including Senior Advocates of Nigeria appeared for the defendants at the court is unfortunate and condemnable. Such would encourage others to indulge in such act believing that they would be protected.

WE therefore call on the Sokoto State Government to amend the charge to reflect the real offense committed. The time is now that we need to tell the northerners that Quran teaches how to serve and reach Allah and not to do otherwise. There no place in the holy book that encourages taking laws into one’s hands. This their warped belief that they are holy and more religious than the others should be discouraged.

WE commiserate with the family of Deborah, most especially her parents ,over the loss of their daughter and call on spirited Nigerians to assist them during this trying time of their lives. We encourage Governor Aminu Tambuwa of Sokoto State to lead a delegation to the deceased’s family in Niger State and provide them succour. This is the least the government can do to show solidarity and emphatise with the bereaved family. 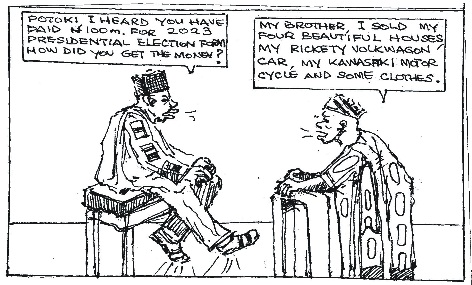