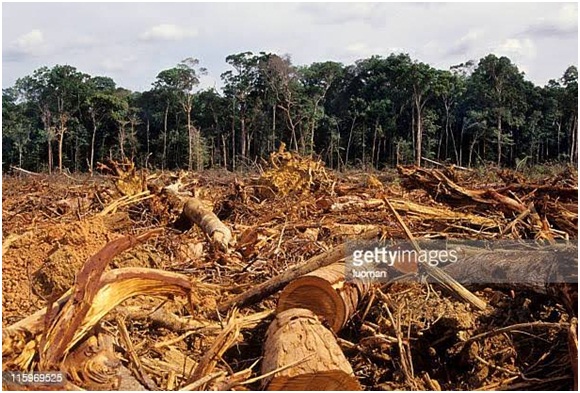 Deforestation of Ondo state forest reserves is now taking its tolls on the living conditions of the people experts have revealed.

The Project Manager of Agroclimatology department of the Ondo state Ministry of Agriculture, Mr Rufus Akeju told The Hope that the heat after rainfall is the effect of the global warming.

“And due to  this, we have a lot of stress. Heat stress on the surface of the land affects evaporation and we have high evaporation and you see the surface getting dried immediately after rainfall which makes everything to be  at the extreme and uncomfortable for the humans,” he noted.

An official of NIMET who pleaded anonymity, attributed the hot weather being experienced during rainfall as a result of depletion of the ozone layer.

According to him, the smoke from the Charcoal made from a tree, factory pollution’s and others combined together have negative impact on the atmosphere to the extent of affecting the ozone layer getting more depressed.

He advised on the need to plant trees to break windfall around one’s homes.

Also, the state Secretary of Timber Trade Organization TTO, Pastor Olu Ayodele described the state of the deforestation of the forest reserves as deplorable which has been devastated and  invaded by illegal farmers and flitchers, saying that it was against the extant laws of the state.

” We are talking about life, the scarcity of trees causes all the problems being faced today so there are no more carbon forces for us to use that is why sicknesses are rampant,”

This, is the cause of a climatic change and there are global concept that we should go for forest regeneration,” he stated.