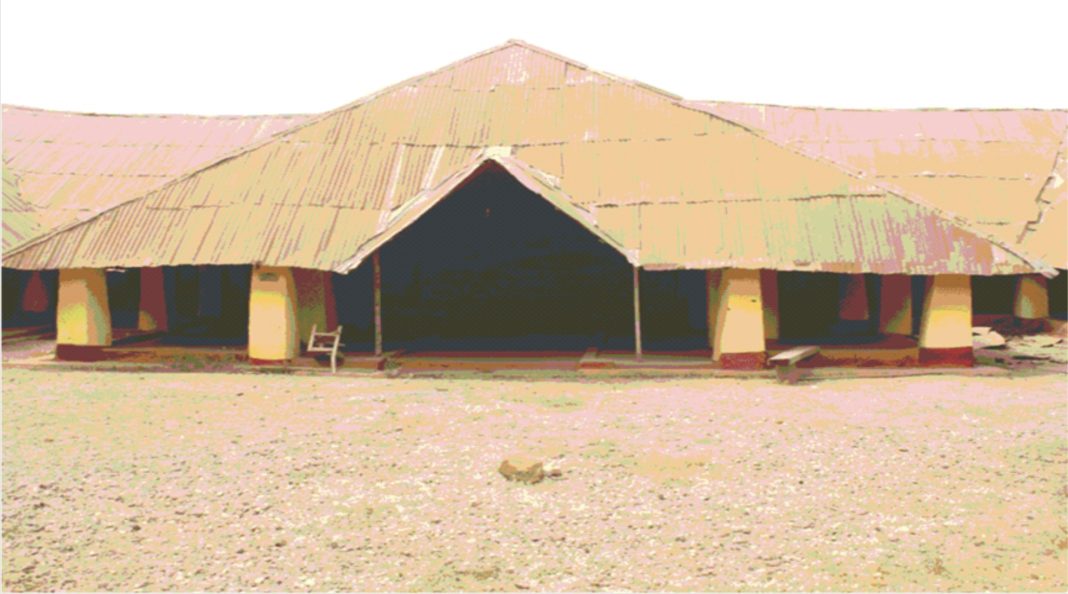 In Nigeria, many traditional building and monument of historical importance built during pre-deteriorated or have been modified due to human activities. In their place, we now have to contend with modern architecture of contemporary styles and description.

Nigeria is endowed with both cultural and natural resources which are cherished for their social, cultural, educational and economic importance. These resources are expressed in their tangible or intangible form. Cultural heritage resources like  Heritage buildings are testimony of our forefathers ingenuity which are source of national pride.

One of such building which has since become a national monument is Deji palace, Akure in Ondo State. The Deji of Akure palace was built about 1150 AD by the first Oba of Akure named Asodeboyede Adesida, the grandchild of Oduduwa, progenitor of the Yoruba race. It is located in Akure south Local Government of Ondo State. The palace was built through communal effort as it was the custom of the people at that time. Since then the palace has inhabited forty-eight kings out of which three were females. Oba Afunbiowo Adesida replaced the palace’s original thatched roof with corrugated iron sheets between1897and1957(Eludini,2005).

The palace occupies a Landmass of about 229.656ft. by 278.868ft.The entire palace is made up of twenty-two courtyards of different sizes with different functions. The largest of the courtyards is about 145.145ft. by 88.65ft.Built in a beautifully situated rising ground; the architects took full advantage of special possibilities changing levels of terrain.

There are four main entrances to the court yards; one for the male folk, one for their female counterpart, while the central one is for the royalty and the Afunbiowo hall at the upstairs. The entire construction was done with matched creamy coloured clay, molded into shapes. The doors are held to the walls with a wooden locally parched hinges. The walls are1.5ft.thick with several pillars of various sizes acting as support to the roof in the various courtyards. The pillars are incised with geometrical patterns. Some part of the walls have circular opening of about 0.35 in diameter to facilitate viewing.

The only storey building, houses the main entrances which leads to the largest courtyard from where the other structures can be accessed. Most of the courtyards have various altars for different shrines, for example, Ua-Lila, UaOgago, Ua-Ibura, Ua-Oriole, Ua-Ikomo, Ua-Ameshe, Ua-Odoaya,Ua-Odoile, UaOduowa, Ua-Ojukoto and the rest.

The Deji, Palace Akure, like other Palaces is very important despite the fact that the contemporary civilization has had negative impact on royalty among the people of Akure land, just as it is in other villages. Yet, the cultural significance of Deji’s palace cannot be overemphasized. Deji’s palace in Akure like other palaces in Nigeria is very important to people of Akure and Nigeria as a whole. No wonder it has since  been declared a national monument.

The indigenes of Akure land, still makes use of their palace for many reasons in spite the adoption of western practices. For example, when there is dispute or disagreement between two individuals or group of persons such matters are brought to the palace for hearing and whatever judgement that is handed down by   the Chiefs strictly upheld. In many other ways the palace maintain peace and harmony among the people. Up till date the palace is still the meeting point for cultural and socio-religion activities that is why it called living monument.

One of the traditional laws guiding the palace is that females are restricted to some areas and from entering the palace through the male entrance at the left- hand side of the building. The other side of the two entrances has no restrictions placed on their uses. It may be used by both genders.

Some of the courtyards like; UaOdule: is a residential place for the Oba. Only his servants and virgins are permitted to enter there. UaOhun: Is the courtyard where Oba is laid in state when he passes away. People are prevented from gaining access to this area. All other courtyards too numerous to mention here, serve various purposes-the life of the palace and people of  Akure land.

Like some other National Monument, the Deji of Akure palace is a National Monument of great importance in architectural works and sculptures which are our students universal value from point of view of history and Science. The architectural designs were base on local needs, availability of construction material and reflecting local traditional of the people of Akure land. The monument is one of the national monuments under the natural commission for museum and monuments.