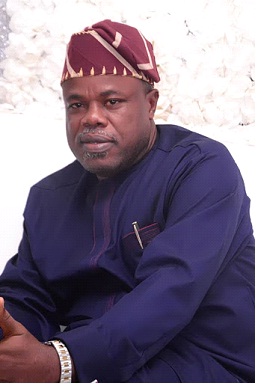 Ondo State House of Assembly has condoled with the people of Ero community in Ifedore local government area of Ondo State over the death of their Monarch.
Following the news of the demise of Oba Aderopo Badesogun, the Speaker, Mr Bamidele Oleyelogun who led a delegate of prominent indigenes of Ifedore on a condolence visit to the palace of Ekiri of Ero expressed shock at the demise of the king.
Oleyelogun who described the death of the monarch as a great loss, said he would be greatly missed by the people of Ifedore and the state in general.
Also, the Chairman, Ifedore local government, Alex Oladimeji said as a good representative of all Kings in the council area, Oba Badesogun died at a time when his words of wisdom and elderly advice needed most.
The wife of the late king, Olori Badesogun appreciated them for the show of love and for standing by the people of the community at this trying time ,saying that the vacuum left by the king will be difficult to fill.
Born on July 5th 1962, Oba Aderopo Badesogun, according to the people of The community has contributed tremendously to the development of the town and council area at large since he ascended the throne in February 20 2013.