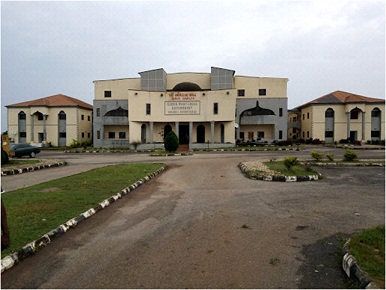 Local government is the foundation on which the massive and magnificent superstructure of regional/state or federal or central government is erected. It is the training ground in political awareness and civil responsibility for a much larger number of public spirited citizens than can ever have room to operate on the regional or national levels.

“Indeed, local government is the most effective agency by which the Regional or state government minister to the basic needs, welfare and general well-being of the citizens”.

Chief Obafemi Awolowo, Leader of government Business in Western Region, except from his speech on the epoch-making Local government Bill in 1952.

Under the new law which came into force in 1953, the Native Authority system here in after known as Local government System was restructured into three tiers comprising divisional, district and local councils.

Prior to the unfortunate and rude military incursion into politics, local government administration was a fundamental and integral part of Western Regional government playing significant, complementary mutual role in fostering grassroots development and good governance in its totality.

It stands to reason therefore that under the ongoing dispensation, it is incumbent upon the state government to ensure that people who clamour for local government should have the real thing not a pretence or a sham for it.

For the people are nonplussed and really taken aback about the recent announcement of the new date fixed for the forthcoming local government election by the chairman of ODIEC, Professor Yomi Dinakin though opinions are divided. However, a large segment of the people firmly believe that having a long notice on the conduct of the local government polls is not a priority  and major issue at stake at this material time this is, without prejudice to the  claim and prima facie evidence adduced by ODIEC boss, Prof. Dinakin to avert possible litigations from the stakeholders and contending political parties.

Be that as it may, the early announcement of the council polls only stalls the expectation and the true yearnings of the people for democractization of local government structure.

In Ondo State and other adjoining Yoruba speaking controlled states of Nigeria, there is a widespread desire for democratization and the social organization of the people is admirably suited to it.

Mr Governor, Arakunrin Odunayo Oluwarotimi Akeredolu SAN, CON could have extended to the people much expected Christmas/Yuletide gift  to brighten public excitement and exhilaration by fixing specific date  for early inauguration of local council Development Areas (LCDAS).It is long overdue, and supposed to precede the said local government elections which all things being equal must include the anticipated LCDAS in the ultimate.

So, necessary machinery should be set in motion to facilitate early take off of LCDAS to actually meet the yearnings and aspirations of the groups agitating to come together under a single administration.

Such LCDAS and the existing local governments must of necessity by urgently and completely overhauled, streamlined as centres of development and business activities in transforming and opening up the neglected and miserable countryside for exponential revolution mainly in agro allied industries. This will tremendously assist the organs of government to generate adequate funds to meet their obligation irrespective of statutory allocations from state government.

The local government areas in the state as presently constituted should be x-rayed with a view to ascertaining the genuine wishes of the people in a bid to arrive at more desirable and viable local government structure to promote public weal.

Local governments should as a matter of utmost urgency prioritize agriculture, be actively revived as the mainstay of the economy to ensure sustainable massive food production and storage. Hence, the urgent need to re-introduce integrated rural development scheme vigorously pursued by Ajasin led Unity party of Nigeria (UPN) administration in the second republic in spite of the meager resources accrued to the Ondo state.

A department of labour should be created in the state ministry of Agriculture or its counterpart in the ministry of local government affairs. This department will work in synergy with various local government council areas and the development council areas statewide to boost mass food production, storage, importation in view of excess or surplus in production interlaced with employment opportunities for the army of jobless youths wandering about all over the place.

Ondo State, arguably ever remains the largest producer of cocoa in Nigeria. For instance, the Investment Corporation Building in Akure, now fully over grown with weeds and in ruins. It used to plant a total of 52.4 hectares of cocoa seedlings annually. The oil-palm small holders’ management unit located at Okitipupa had established 500 hectares of oil-palm seedlings annually.

Aiyesan N2.5million oil palm was constructed with the disbursement of N277,455. What about the rubber factory at Araromi Rubber estate in old Ifesowapo now in Odigbo local government area?

All the giant investment institutions that provoked the envy of our neighbor are now in sorry, pitiable condition of grim neglect, in the lowest ebb and calamitously fell into disuse. They can still be reactivated anew in the various local governments to boost titanic efforts in salvaging the economy of the state in the doldrums.

According to the former Ondo State Commissioner of Information and former member of House of Assembly, Hon. Femi Aluko insisted that Nigerians have no business to live perpetually on imported food items.”There are lots of vegetation in the South west. What are our State governors doing by not going corporate farming agriculture?

“We should be able to feed ourselves and at the same time exporting food items, like rice Aluko asserted.

Ondo state government must promptly accede to the strident clamour and request of the people at the grassroots to change the existing narratives and modus operandi on electing/appointing leaders as the case may be to manage the affairs in the local government council. This is to galvanise momentum to achieve more effective and diligent service delivery.

“The local government ward is in most places small enough for its entire membership to meet and confer regularly and for a conscientious councilor to have personal contact with every man, or woman, boy or girl.

“Furthermore, local governments provide so many areas for training in public management and afford opportunities for participation in public life to many more  public spirited citizens that would ever have the chance at or even reach the state or federal level.

“In short the importance of local government in fostering a democratic way of life, in promoting good government and in sustaining the state and federal government cannot be over emphasized.

“It is imperative, therefore that it should be strengthened and democratized wherever it is known to be weak and undemocratic”.

Membership of the council may either be partially elected or nominated for appointment according to the wishes of the people in a particular jurisdiction  duly to be  ascertained in a referendum or plebiscite.

Government and concerned stakeholders are urged to scout about for requisite man power needs, imbued with public spiritedness, effective mastery of the peculiar circumstances which obtain or prevail in the respective local government areas.

Towards this end, the Amotekun and other security networks like the vigilante groups should also be galvanized as full complement of such desired community policing.

As eternal vigilance is the prize of liberty, our security architecture must be up and doing toe effectively checkmate the undesirable intruders and marauders trying to test our in alienable fundamental rights to peaceful co-existence and self determination.