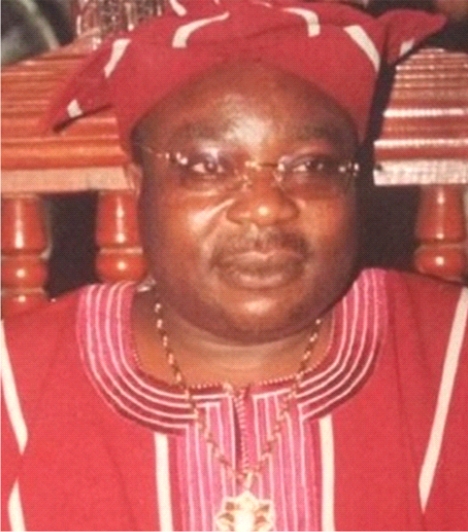 Deji-in-Council, the Osupa Ruling house and the entire Akure community  yesterday mourned the demise of the dethroned Deji of Akure, Oluwadare Adepoju.

The monarch died yesterday in a private hospital in Abuja after a brief illness. According to a statement from the spokesperson of Adesina Family of the the Osupa Rulling house, Prince Dapo Adepoju.

Deji of Akure, Oba Aladetoyinbo Ogunlade Aladelusi in a statement by his Chief Press Secretary Michael Adeyeye said the untimely death is a great loss to Akure Kingdom, saying the palace received the death as a rude chock.

His untimely death is a great loss to Akure Kingdom.

The community is consoled with last moment prayer and wishes for a united and more prosperous Akure kingdom before transcending to the great beyond.

The Oba urged all Akure sons and daughters to remember the family in prayers most especially at this critical time of grief and mourning.

The Secretary, Osupa Ruling House, Prince Olu Adegboro in his reaction said the late Deji died at a very promising age and that there was nothing anyone could say than to send condolences to the members of his family.

His words:” Late Adepoju ascended the throne to save the Osupa Ruling house Although when he was Deji.

But after we choose the present Deji, he was silent and the silence till know still means acceptance,” he said

Adegboro said  the entire Osupa Ruling House sympathized over his death  and prayed that his family will have the fortitude to bear the Loss.

“Before he transitioned to eternal glory, the deposed monarch prayed for the peace of Akure Kingdom.

“He said he did his best in defending his people while on the throne.

“The 45th Deji promulgated and ensured the implementation of reasonable market price control during his reign. He also recovered and took possession of Ilula Recreation Centre from a powerful cabal back to the Akure Kingdom.

“Shortly before he passed on, he predicted that Akure shall be great specifically that an Akure son would lead Nigeria as President.

“Finally he urged the good people of Akure Kingdom to always live in oneness and peace,” it add

It would be recalled that after five years of rule as the paramount ruler of Akure Kingdom, the Deji of Akure, Oluwadare Adesina Adepoju, Osupa III was deposed in June 2010 by the Ondo State government for beating up his estranged wife, Bolanle, in the street.