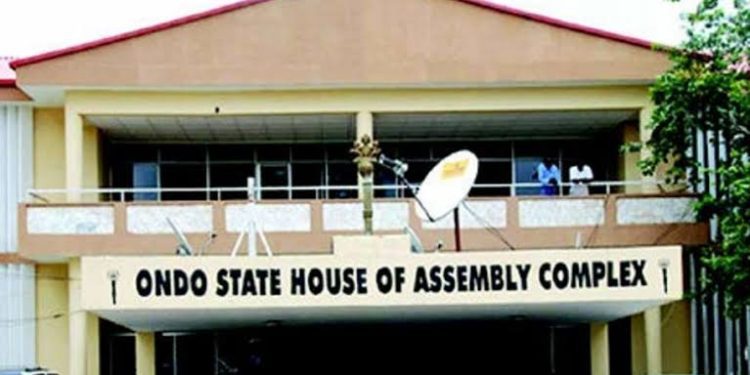 The Ondo State House of Assembly has appealed the judgment of the State High Court reinstating Iroju Ogundeji as the Deputy Speaker.

The Spokesman of the Assembly, Akogun Olugbenga Omole in a press release made available to The Hope stated that the House also filled a stay of execution order on the judgement after consultations with its counsels.

Omole further stated that the State House of Assembly will continue to conduct its business in line with global best practices based on the rule of law, strict adherence to the constitution of the Federal Republic of Nigeria and House rules and procedures.

“Consequently, we wish to reiterate that Iroju Ogundeji was validly impeached by members in line with extant rules and procedures.

“It is pertinent to inform the public that as at 11th January, 2023 when the ruling was made Iroju Ogundeji is no longer a member of the Ondo State House of Assembly following the unanimous resolution of members on March 31,2022 which declared his seat vacant as lawmaker representing Odigbo Constituency 1 in the Assembly. It should be noted that Iroju Ogundeji is currently challenging that decision in the court.

“We wish to enjoin Iroju Ogundeji and his co-travelers to exhaust the judicial process up to the highest point of adjudication rather than resort media propaganda.

“While assuring the public and in particular, the good people of our dear Sunshine State of our commitment to continue to join hands with the Government of Ondo State to better the lot of the citizens of the State.”,the statement read.

2023: Nobody can rig election again–Akeredolu