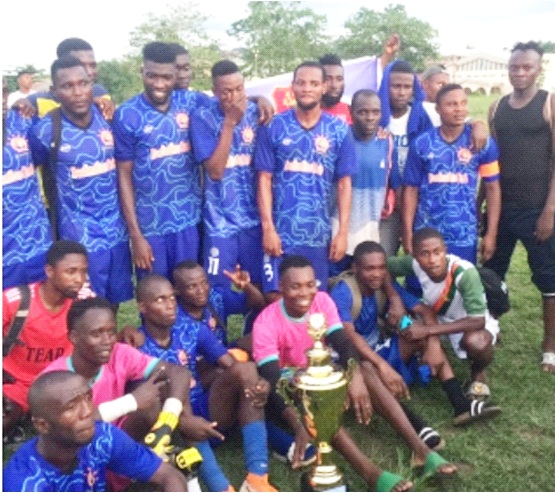 as Organisers set for second edition

After a successful maiden edition of Destination Ondo Inter Street Soccer competition,the organisers of the grassroots football tourney have begun preparation for the second edition.

The chairman Ondo West football Association (FA) and the head of the competition’ s planning committee, Bobola Akinfolarin told Sporting Hope that the second edition of the competition would be more revealing and interesting.

Akinfolarin said 27 teams participated in the maiden edition, saying that more teams are expected to participate in the second edition.

The Ondo West FA Chairman said the organizers have put machineries in place to make the next edition more colourful, saying registration for this year’s edition starts August and the competition will kick off in September.

He expressed optimism that the stake would increase in the second edition, adding that the organizers would not be derailed from the purpose of the competition, which he said was to discover and develop budding talents in the community.

According to him, “there was no individual awards in the last year’s edition, but we will ensure we recognise exceptional individuals, like best goal Keeper, highest goal scorer and most valuable player”.

The grassroots football tourney is being sponsored by the chairman of Tropicana, Otunba Wanle Akinboboye.