Difference between Interlocutory Appeal and Cross-Appeal 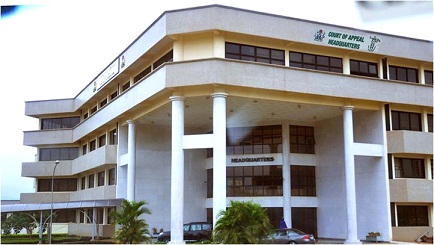 An appeal is directed towards a legal power higher than the power making the challenged determination. Such a legal determination by the lower Court/Panel or Tribunal may be a final decision.

To determine this question, it is important to first define what is an Appeal. The appeal generally means a challenge to a previous legal determination. An appeal is directed towards a legal power higher than the power making the challenged determination. Such a legal determination by the lower Court/Panel or Tribunal may be a final decision or interlocutory decision.

An Appeal thereof against the decision of a Lower Court/Panel/Tribunal is said to be interlocutory when it is filed against a decision that directs how the parties are to proceed to obtain or execute that final decision.

The appropriate time to commence and file an appeal for an interlocutory decision is within fourteen (14) days after the decision.

Cross-Appeal on the hand means an appeal brought by the Respondent against the Appellant after the Appellant has already filed an appeal. The law is settled that a cross-appeal is an independent appeal, with a life of its own, even where it has some affinity with the main appeal as they criss-cross. *See Unity Bank PLC & Anor. v. Mr. Edward Bouari (2008) 7 NWLR (Pt. 1086) 372 at 413. Being a distinct and independent appeal, the fate of the main appeal may not necessarily affect the outcome or result of the cross-appeal. *See Owners of The MV “Arabella” v. Nigeria Agricultural Insurance Corporation (2008) 11 NWLR (Pt. 1097) 182.

An interlocutory Appeal is an application by a party or parties to the Court of Appeal challenging an order or a decision of a trial court in a suit that is still pending before the trial court.

A cross-appeal is an appeal filed by a party or parties after its opponent has already commenced its appeal in the same case.

Interlocutory Appeal is an appeal filed during the subsistence of the main suit upon which the appeal is filed, it may be by way of challenging a particular ruling being delivered by the Court handling the main suit, simply put.

Cross-appeal is an independent appeal having a life of its own in the appellate process which could have some affinity with the main appeal as they criss-cross.

A respondent who seeks a complete reversal of a crucial and fundamental finding in the judgment of the Court of Appeal must do so by cross appealing.

Interlocutor Appeal is a court order to compel or prevent a party from doing a certain act pending the final determination of the case while a cross-appeal is just a request filed by an appealing, filed by a person that a higher court reviews a decision made by the lower court.

For a layman to understand the legal term interlocutory appeal there is the need for him to first understand the term interlocutory. Anything that is done within the period of the pendency of a suit, from the filing stage to the judgment stage is referred to as interlocutory. For example, after filing a suit, any application made vide a motion either by way of motion on notice or motion ex parte is an interlocutory application. For instance, if after filing a suit, the claimant or plaintiff thinks that there is the need to join a party not initially joined as a party in the suit, he will file a motion for joinder of the party to join that person.

He will move the motion before the court and the court will rule on it (i.e. make its decision on it) whether to join the party or not.

The motion for joinder is an interlocutory application while the ruling of the court on the motion is an interlocutory decision. Another example is when a claimant filed a motion for injunction for the court to restrain the other party from doing an act in respect of the subject matter of the suit pending the determination of the substantive suit. After the argument of the motion by both parties, the court will deliver its ruling.

When a party is dissatisfied with the decision of the lower court or court of the first instance be it interlocutory or final decision, he files an appeal against such decision. In his Notice of Appeal, he will state his complaints therein which are called Grounds of Appeal, and their particulars. He will then serve the other party. The other party too may be dissatisfied with some decisions of the court even though the ruling or decision of the court favored him.

This other party will then appeal against the part of the decision of the court that he is not satisfied with. Instead of filing a separate appeal, he will file what is called Cross Appeal. Take notice that a cross-appeal can be filed against either an interlocutory decision or the final decision of the court.

Before delving into the proprietary or otherwise of the question, there is the need to lay the foundation on what constitutes an appeal under the Nigerian legal system. An appeal has been defined as an invitation to a higher court to find out whether, on proper consideration of facts placed before it, and the applicable law, the lower court arrived at a correct decision. This was given judicial approval in the case of Oregon v. Arowolo [1989] 4 NWLR (Pt.114) 172 at 211 by Oputa JSC.

On the other hand, a cross-appeal is a type of appeal stemming from the fact that a respondent is dissatisfied with specific findings which he believes are fundamental to his case. See the case of Obasanjo v. Buhari.

It is apposite to state at whilst interlocutory appeal deals with an application premised on a ruling which a party is dissatisfied with, cross-appeal focuses on findings of the lower court in particular findings. It should however be noted that this does not put a stop to the substantive suit.

While cross-appeal has to do with the claim of the Respondent against the appellant after the Appeal has already been filed, it is just like a counter claim in the trial court.

The differences between interlocutory appeal and cross-appeal are factors by the nature, effects, and stage at which the two different appeals are invoked.

By judicial definition reinstated by the Court of Appeal in the case of DONAL TERSER KPILAH v. DORCAS OGBONNAIYA JOHN NGWU (2018) Legalpedia (CA) 41113, ‘an interlocutory appeal is an appeal against an interlocutory order. In other words, it is an appeal against an order or decision of the Court which is not the final and there are still issues yet unresolved in the matter.’ It follows therefore that basically, an interlocutory appeal is an appeal filed to a higher Court by a party or parties aggrieved by the pronouncement(s) during the pendency of a substantive case before the Court that made the pronouncement.

Some examples of interlocutory appeal are appeals against decisions such as: on joinder of a party, rejection of documents, no case submission, failure of the judge to recuse himself from a particular case, award of cost, failure to grant an adjournment, refusal of an amendment of processes, etc.

On the other hand, a cross-appeal is a sub-appeal filed by the party who won or who is most favored by a lower court (respondent) filed based on the appeal filed by the party who is not favored by the judgment of the lower court (appellant) to correct an error standing in the way of the respondent in the main appeal. A cross-appeal arises when a respondent disagrees with a particular decision of the court below though he benefits most from the same judgment.”

Put differently, an interlocutory appeal arises when a party is not satisfied with a particular pronouncement of the trial court before the real or all the real issues in issue before the court is finally decided upon. The cross-appeal arises when two parties to a Judgment are dissatisfied with it and each accordingly appeals. The appeal of each is called a Cross-appeal about that of the other. Each appeal is an independent and separate complaint by the parties even though both appeals are heard together. If the appellant withdraws or discontinues his appeal, a respondent/cross-appellant may proceed with his cross-appeal just as a counter-claimant in a civil suit may prove his counter-claim where the plaintiff discontinues his action.

Interlocutory Appeal simply  means a temporary, not constituting a final resolution of the cross-appealed controversy. An Interlocutory appeal occurs when a party seeks a higher court decision or ruling on some points of law but not for a while decision of the trial Court.

In Practice, Some Courts frown at this part cross-appeal of appeal as the same can be used to waste the precious judicial time of the court. The reason is that some interlocutory appeals can take up to 2 years before the appellate court will hear the appeal and this in some cases will stall the proceedings of the lower court, thereby occasioning a great waste of the client’s resources and judicial time

The court in ALI-BALOGUM V. FRN (2010) LPELR-3745(CA) frowned seriously on the appellant counsel whose interlocutory appeal could have prudently and conveniently been taken along with an appeal against the final judgment of the trial court.

In summary, interlocutory appeal means that a final order has not been issued but one of the parties wants an appeal anyway on some things the trial Court ruled upon, which he/she wants to test its genuineness at the higher court which is the appellate court now.