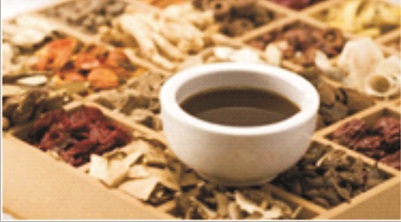 By Adetokunbo Abiola
|
Mallam Salisu Mohammed is a traditional medicine practitioner plying his trade in Minna, the capital city of Niger State. Popularly known as ‘Dr. Salisu’, his traditional medicine centre is somewhat modernized, made of two rooms. Patients wait in a long veranda and Salisu says he sees more than 150 of them every day.

Welcome to the world of trado-medical doctors. Their trade in stock is very well known. Their products are displayed oftentimes in the open, in mobile vehicles or sometimes by hawkers, some are advertised in the broadcast and print media.

Dr. Seriki Adinoyi, a medical expect in Neurology, said, “Worldwide, not only in Nigeria, it was recently recorded by the World Health Organisation (WHO) that 80 percent of the world population tends to look for traditional remedies for their sicknesses.”

According to Paul Orhii, a former DG of NAFDAC: “There has been a reasonable swing from the earlier bias in favour of orthodox medicines to greater acceptance of traditional/herbal medicines in many countries including Nigeria. This is because of the easy accessibility, affordability and also the global trend towards an increased use of herbal medicines.”

Trado-medical practice is no doubt a way through which Nigerians can adopt a home-grown solution to tackle the myriads of health challenges confronting them. This makes sense as Nigerians’ purchasing power has declined due to the present downturn in the nation’s economy, making expensive spending on foreign health solutions impossible.

Until very recently when the National Agency for Food and Drugs Administration and Control (NAFDAC) stepped in to regulate and moderate on traditional medicines and herbal products, it was a free market where any product could be sold for all curative purposes.

“With the regulation and enforcement of standards of most of the herbal products found in the country, NAFDAC can assure Nigerians that it is indeed safeguarding the health of the people,” said Orhii.

But problems persist. The Federal Ministry of Health in 2007 produced a Policy Document to integrate and regulate the traditional medicine practice in the country. However, not much can be said about the implementation of that policy by various government agencies, and arguably a majority of the practitioners are not aware of the existence of the policy and thus do not base their practice according to the requirements of the policy.

Given such an environment, trado-medical doctors make lots of claims about the efficacy of their products. Among the claims they make is that their products can cure heart, liver, and kidney diseases, but when gullible people patronise their products, they in fact worsen their situation.

But supporters of trado-medical doctors differ.

“Agbo is very good for my body. I hardly feel feverish which was very regular in my system. Before now, I treat malaria almost every fortnight but for the past eight months since I started taking it” a middle aged man who does not want his name mentioned told The Hope.

Supporters also say viagra is a product of research carried out by African trado-medical doctors, after ingredients were discovered in a plant in Kenya.

Every August 31 is recognised as the African International Traditional Medicine Day, set aside to demystify the secrecy associated in some quarters with traditional medicines and drugs and promote the efficacy and homogeneity of the indigenous herbal medical practice in Africa.

But before the secrecy associated with the sector can be removed, steps may have to be taken. Critics point out that the government has a role to play in the regulation of the sector, by disallowing broadcasts of trado-medical doctors in the media.

Critics also believe that there should be a linkage between genuine trado-medical doctors and pharmaceutical companies, and that the doctors’ products should undergo rigorous testing. This will halt the trend where products of trado-medical doctors are advertised as cures to all manner of diseases, without having gone through any kind of laboratory tests.

No doubt, trado-medical doctors should undergo training to sharpen their practice, just as orthodox doctors do. But more needs to be done before the sector occupies the dominant position it deserves.