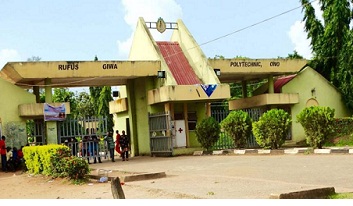 Disengaged  RUGIPO Staff to be reabsorbed

This  was disclosed by the Chairman of the polytechnic’s Governing Council, Banji Alabi during a peace meeting between the authorities of the institution and the school’s chapter of the Senior Staff Association of Nigerian Polytechnic, (SSANIP).

The meeting was convened by the polytechnic’s management and attended by the Governing Council of the institution chaired by Mr  Banji Alabi; the management staff led by the Rector, Mr Gani Ogundahunsi and the leadership of SSANIP led by the Chairman, Comrade Chris Olowolade.

According to  Alabi, the polytechnic in collaboration with the State Government have therefore offered the disengaged workers of the Staff Schools to be reabsorbed into the mainstream of the state Teaching service and redeployed to primary and secondary schools within Owo local government area.

About 59 workers of the RUGIPO staff primary and secondary schools were few months sacked by the polytechnic to pave the way for the privatization of the schools.

The SSANIP Rufus Giwa Polytechnic, Owo RUGIPO chapter, had protested against the mass disengagement of all the 59 workers at the Polytechnic’s Staff primary and secondary Schools, describing as insensitive, but the state governor subsequently intervened and ordered the reabsorption of the affected staff.

However, the Chairman of the governing council, Alabi informed SSANIP leadership at the meeting that the visitor to the institution, Governor Oluwarotimi Akeredolu had graciously approved the reabsorption of the disengaged workers of RUGIPO Staff schools into the state Teaching service.

In a Press Statement issued at the end of the meeting and signed by SSANIP chairman, Comrade Chris Olowolade and the Secretary, Comrade Samuel Olorunnusi, the Union commended the management for the peace and appealed to the polytechnic’s authorities to still give the disengaged staff an option of being transferred to the mainstream of the polytechnic instead of the state Teaching service alone.