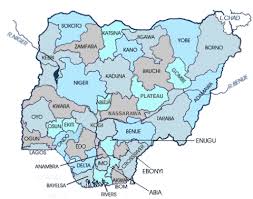 ‘Dishonesty, cause of economic hardship’

From Jimoh Ahmed, Ikare-Akoko
|
Dishonesty has been described as the worm responsible for  the current socio-political and economic hardships in Nigeria.

A legal practitioner, Mallam Gani Asiru stated this in a chat  with The Hope in Ikare Akoko.

Gani Asiru who is also the Obaja of Ijaja, Arigidi Akoko said  the larger part of the society is  caught in the web of dishonesty.

According to him, there is no system that is absolutely bad but to run a good administration depends on the honesty of those who are involved.

He therefore posited that it is not the type of government or policies that matters, but the people who run the system.

” If those who head public organisations, departments and parastatals are honest definitely things will be good”.

Gani Asiru gave the example of Dangote Cement Factory at Obajana which was given a tax concession but with the instruction to use same to develop the area and worked perfectly because the company was sincere with the agreement.

He therefore posited that to come out of the economic quagmire, Nigeria needs honest individuals to run her affairs.