Dislodge herders from Ala Reserves, OSACA cries out 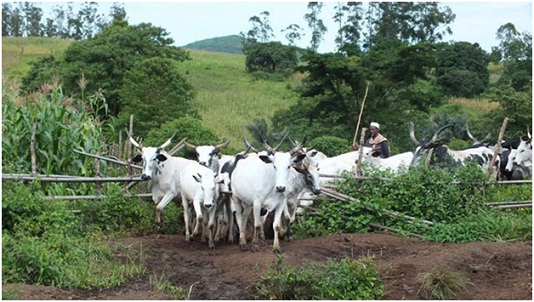 Ondo state Agricultural Commodities Association OSACA, has called on appropriate authorities to urgently dislodge herders from the Ala government forest reserve area to avoid unleashing terror on residents of the area.

The association also condemned in strong terms, the attack on innocent people at Omolege, an agrarian community in Ose Local Government area which recorded some deaths and burning of houses.

The State Chairman of the association, Mr. Gbenga Obaweya made the appeal in an interview with The Hope in Akure.

He said they have notified appropriate authorities including the Amotekun Corps on the development so that they could be dislodged immediately.

His words: “We have also observed that a large concentration of herders have moved into Ala government forest reserve and we have informed government and relevant authorities including the Amotekun, to immediately dislodge them before they start regrouping there and unleashing terror on the people”.

He said the herders have destroyed some farmlands within the reserve area.
According to him, farmers are working tirelessly to ensure there is food throughout the year, noting that a good percentage of them have embraced dry season farming.

He urged the security operatives, particularly the Amotekun Corps not to relent in its activities, but to ensure they address insecurity within farm areas so that farmers can sleep with their two eyes closed .