Home Hope Classic Dissolution of SARS and formation of SWAT 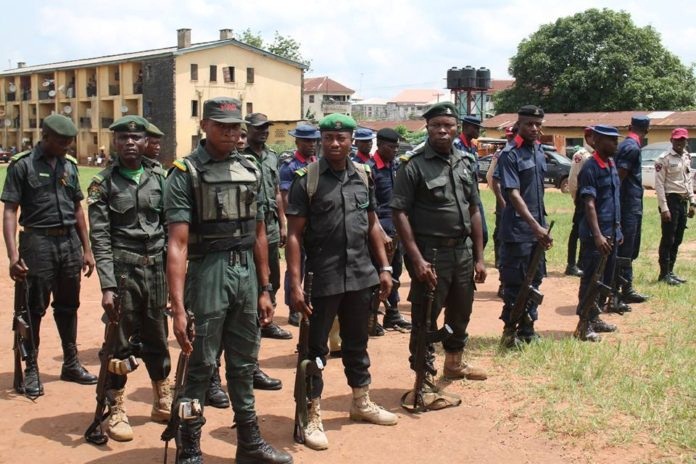 T he Inspector General of Police Mr Mohammed Adamu recently announced the dissolution of Special Anti-robbery Squad (SARS) and replaced it with Special Weapons and Tactics (SWAT) and there have been protests and counter protests , our correspondent Michael Ofulue sought the views of some Lawyers on the issue, here are excepts:

Barrister Peter Ujah said the scrapping of Special Anti-robbery Squad, SARS is a welcomed development, looking at the various protests staged in different parts of country and even the world.
It goes to show that the people are tired and fed up with the nefarious activities of the unit.
Nevertheless, we should be careful with the so called scrapping, the IGP should not just scrap the name alone, there should be a wholistic reform of the personnel.
The whole essence of the scrapping exercise will be defeated if the same elements are posted to the budding SWAT
A different set of personnels should be posted to the budding SWAT unit and IGP Adamu should ensure effective training and re-training of the personnel to be able to meet the yearning and aspiration many Nigerians whose rights have been trapped upon by the disbanded SARS.

The ongoing agitation by meaningful Nigerians calling for the scrapping of the police armed unit known as Special Anti Robbery Squad (SARS) is a welcome development. It should be noted that SARS was established in the early 1990s to curb the rising menace of men of the underworld particularly armed robbers, kidnappers and other related violent criminals.
But it is unfortunate that the purpose for which the special police unit was created has been defeated by internal mechanism of corruption within the rank and file of the police and the personal greed of the operatives of the said police unit known as SARS.
There is an unconfirmed report which I see as an open secret that there are some formations within the police that are tagged “lucrative” and SARS is one of them and before any police officer could be posted to any of these lucrative formations he must have greased the palm of some senior officers. Such officers must also be making “returns” to their superiors otherwise they “risked” being posted out of such “lucrative” formations.
In an attempt to satisfy their superiors at all cost and to meet “targets” set for them by the said superiors they veered off from the main objectives of the SARS as they delved into issues outside the purview of their mandate such as chasing “Yahoo boys” and dabbling into petty family issues. They turned their arms against innocent citizens in an attempt to make money at all cost.
It should be noted that these officers are conscious of the provisos to Section 33 of the Constitution of the Federal Republic of Nigeria, 1999 as amended. Section 33 of the Constitution guarantees right to life of Nigerian citizens. But some provisos to the Section particularly Subsection 2 (b) and (c) of Section 33 grossly eroded the right to life of Nigerian citizens. For the purpose of clarity, Sunsectiom (2) (b) and (c) of Section 33 says: “(2) A person shall not be regarded as having been deprived of his life in contravention of this section, if he dies as a result of the use, to such extent and in such circumstances as are permitted by law, of such force as is reasonably necessary- … (b) in order to effect a lawful arrest or to prevent the escape of a person lawfully detained; or (c) for the purpose of suppressing a riot, insurrection or mutiny.
” It should be noted that given the above provisos to Section 33, it has been opined by some legal scholars that police, especially the operatives of special police units, hide under these provisos to deprive innocent Nigerians of their sacred lives.
One can be shot and killed under the guise and tag of “lawful arrest” or “an escaping felon”. The police can also take innocent Nigerians’ lives under the guise of suppressing riots. So a lot of Nigerians particularly the youths had been killed under these circumstances. We have instances where the police arrested suspected “Yahoo boys” and forced them to withdraw money for them or transfer money into their accounts and if they failed to cooperate they could be shot.
So it is my humble opinion that the decision of the Inspector General of Police to scrap SARS is in the best interest of the nation. But my fear is that will the new formation recently announced to replace SARS known as SWAT not amount to old wine in a new bottle? Time will tell.

In his reaction Mr Adewusi Kayode, an Akure based legal practitioner said every institution has its own weaknesses and short -comings.
According to him, it is becoming a norm by the operatives of SARS in violation of fundamental human rights of innocent Nigerians and this prompted the agitation of the recent disbandment by the Inspector General of Police, Mr Mohammed Adamu.
He said in as much as the people have the right to protest, it is important for people to trend with caution in carrying out the protest so that people with dubious and questionable characters will not capitalise on the protest to perpetrate heinous crimes.
Kayode who was of the opinion that
the excesses of men of SARS has taking a worrisome dimension which prompted IG Adamu to take a drastic action by disbanding the outfit, adding that the aim and objective of establishing SARS was solely to curb heinous crime such as armed banditry and other crimes.
The legal practitioner lauded the decision of Mr Adamu by taking the bull by the horn in scrapping SARS which he said has lost its core mandate of fighting crime and criminality.
His words “I know IGP Adamu has gone to replace the disbanded SARS with another outfit named :Special Weapons and Tactics (SWAT). I do know that the new outfit would made up of men and women of proven integrity that would be ready to strictly adhere to the instructions of IGP Adamu.”he stated.
He said the police need intelligence driven policing structure that would tackle all manners of crimes without violation of right of the people they are duty bound to protect, just as he called on all protesters across the country to shelve their protest since police authority had taken bold steps capable of addressing their demand.

Also speaking, Mr A.V Ajayi, said “I believe that scrapping the department of SARS, is a good thing but on the other hand, I believe scrapping the department is not a problem, but the reformation of the department is the major issue.
According to him, the issue in contention is not all about disbanding SARS and the IGP should totally overhaul and reform the police formation for effective performance.
He said those who protested against SARS brutality should exercise caution in other not to allow hoodlums to hijack the protest to perpetrate crime.
The police as an institution saddled with the duties of maintaining law and order, needs training and re-training to enable them face the modern best practices of policing with high technology as being done in the developed countries.
His words: “In the international world, we have FIB, SWAT and are saddled with the responsibility of tackling crimes with intelligent driven policing. So if Nigeria Police now want to replace SARS with SWAT, the officers that would be involved in this new outfit must be people with proven integrity and characters.
He said the appearance of the disbanded SARS officers was not good enough for a county like Nigeria, adding that in the international world, policemen are visibly seen well-dressed and they command respect unlike what is applicable in our own policing structure here in Nigeria.
The Lawyer advised the IG to ensure that the new outfit does not refeat the mistake of the dissolved SARS, adding that Nigerians are not happy with the activities of defunct SARS.
While condemning violence that erupted during the ENDSARS protest ,he commended the police for the manner with which they had conducted themselves even in time of provocation .