Do not speak ill of the dead! 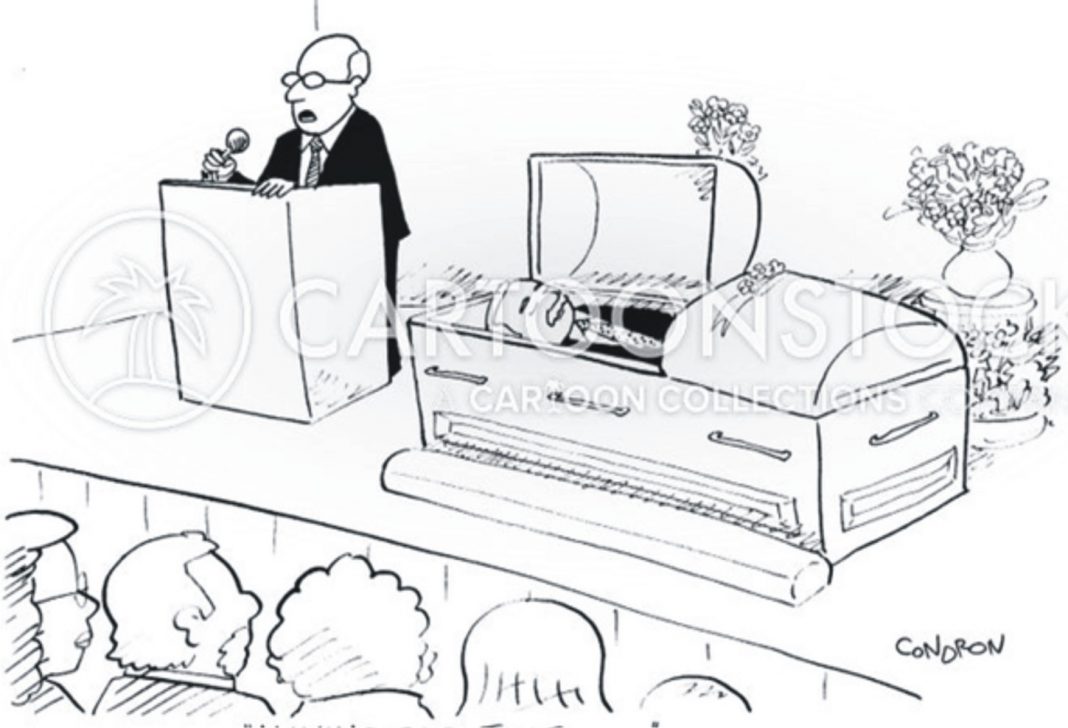 An old woman had just passed on in our neighbourhood at the ripe age of 95. She died unexpectedly after a brief illness. The death was unexpected because she had been very healthy despite her advanced age.

The reactions that trailed her passing was shocking to say least. Her tenants and neighbours without any reverence for her transition mocked and poked fun at her passing.

Their reaction was a package of vitriol and bile. We were taught that such was unafrican. In our part of the world, it is one of our beliefs and practices that one do not speak ill of the dead.

However, residents, especially the deceased’s tenants openly mocked her. They joked among themselves “see how you are wasting water from mama’s well, her spirit will come for you. You think you can do as you like because she is not here?

Another tenant replied “Infact, the way things have become so easy in this house, I thought she would have forcefully waken from the dead, or maybe her spirit would be chasing us around with brooms by now”. Then they would laugh derisively at their own jokes.

Despite her age; she was over ninety then,she was still very agile so they rarely got away before getting a swipe or two with the broom. The children ussually stay indoor whenever she was outside.

TheIr parents dare not complain in order not to incur mama’s wrath further.

Upon her death, all the no go areas in the house became open conference centres. There was no one to check the children who felt stifled when their mother was alive as they rummaged through her things.

They were shocked at how rich their mother was as she rolled large denominations and tucked them away in corners of her room. They thought their mother was penniless but as they discovered that she was only frugal, they became appreciative.

When Mama was alive, she was a no-nonsense woman. Some would prefer to call her wicked, most of the residents call her witch at her back.

She had the habit of locking the well in her compound and would refuse to open it for the tenants especially if they had fetched water in the morning.

She believed that it would be too much trouble for the well if people were allowed to fetch water as often like from it. Hence she put it upon herself to lock the well.

They could only fetch water from it once in a day. This usually caused rancour between her and the tenants but she was not shaken by their displeasure.

Upon her death, her siblings had to persuade some of her estranged children before they came for her burial. She was to be buried the second day according to Islamic rites.

Residents wondered whether her spirit would find rest in the face of the several condemnations and mockery by the neighbours.

When a man dies and his spirit leaves his body, he is believed to face judgement after his body is committed to mother earth.

Some Islamic scholars tell us that the angels would be around to record what people are saying about the deceased and would rouse the spirit of the dead to listen to people’s perception about him or her.

Should that really be the case, would mama’s soul be able to find rest?

Time when prayers fail to work…