Do spirits eat rice and beans? 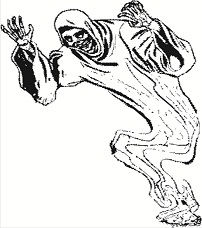 Do spirits eat rice and beans?

By Sunmola Olowookere
|
The above question is the one on the lips of most residents of our neighbourhood. Indeed,” do spirits eat rice and beans?” Do they even eat at all? No one could offer any plausible or coherent answer to the question.

A woman who sold foodstuffs on the second lane in our neighbourhood had been robbed. Her shop was burgled and she was brought down low. All the foodstuffs in her shop were stolen. The blame for the shop that was burgled had been laid at the doorsteps of the spirits.

The poor woman was beside herself with anger and grief. Some people or rather spirits had been said to have broken into her shop overnight and made away with the foodstuffs that were in the transparent buckets which she used to display her wares.

In each pail, there were at least three Congo of the foodstuffs I.e rice, beans, garri, pupuru, condiments and other provisions. It was a total clean up.

As she began to wail loudly, neighbours came out to check what could be amiss. They tried to console her. However, she refused to be consoled as she bemoaned her poor fate.

She lamented “how do I make up for this loss? All the goods I was hoping to sell and make profit from have been stolen, when will I make a headway in this life?”

She gnashed her teeth as tears of self pity rolled down her cheeks. She looked for somewhere to sit and sat on the available fufu mortar at the back of her shop.

Every effort to pacify her yielded little or no result as she remained unconsolable. She continued her monologue, narrating hér tale of woe “every day, I will wake up by 5 a.m to pound fufu. In the afternoon, I will hawk the fufu. Now that things are working out, see what happened? I have suttered”

She is a beautiful woman but hardship had taken its toll on her. She looked haggard and unkempt. Her husband is a 70-year-old unrepentant drunk. The wife suspected him that he was behind the burglary but she could not voice her suspicion before the neighbours that came to sympathize with them.

The old man has the habit of stealing his wife’s money and using it to buy booze. He lived for his drunks only, it seems. However, he had never owned up to be the one stealing her money. Her suspicion was very strong because her children were not stealing her money until she married the old man. Her money was rarely lost. But now, it became a reoccurring experience.

She married him five years ago and had only an issue for him. However, she was now regretting leaving her former husband and marrying him.

The residents asked the couple whom she suspected to be stealing her goods.

The husband who had been quietly observing the scene before spoke

“I want to say something but I don’t know if you will believe me. Last night, I came out in the night for fresh air and I saw a very terrible scene that I cannot forget  in a hurry. Our neighbourhood is getting dangerous.

“I saw some people wearing mask and walking in a single file. They were about five. I saw them branch into the shop and come out again. I’m not sure they brought anything out of the shop but I saw them go in there”.

People were skeptical. Were they spirits? The old man claimed that they were spirits because he felt his head swell as he saw them file past. He said he could not move as he was rooted to the spot.

Some snickered as they wondered whether he was already well into his bottles that night and saw trees that were in front of his neighbours house as moving spirits due to his tipsy state.

Others less skeptical wondered whether spirits do eat rice and beans?