Home Feminine line Do women need to hide their income? 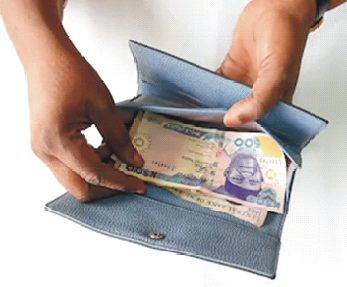 If you are married and living with your husband, there is no I and you, it is we, therefore, all household expenses and bills are taken care of by both at their convenient time, especially when both are working.
Therefore, what is the harm in spending it together ? When only the man is working, he automatically has to stop spending money on things he likes because he has a family and responsibilities and if he must visit some places, he has to go with his wife most times. For instance, he can not visit the movies, go for dinner and shopping without carrying the wife along.
In marriage, there is no defined owner of earned salary. All income is used to further make life easier for everyone in the family. If a woman makes money, she is not expected to monopolise it.
However, it depends on what the husband and wife agree on . In some marriages, all income no matter who earns it, is used jointly, and how the money is spent is decided by both of them.In other marriages, they both keep their respective money and both are responsible for a percentage of the expenses. Also, the husband pays the bills and the wife gets to spend her money on things for the house and the kids, and so on. I think the most important thing for them is to agree on how all their income is to be used.
In a normal marriage, both partners are expected to work, both partners contribute to the family income, both partners jointly decide how the money should be spent.Marriage is the commitment of a man’s wallet to a woman’s offspring.
The most important thing is that their home should be built on love, understanding, trust, endurance and faithfulness. What’s mine is his and what is his is mine.That is how marriage works.
The husband and his wife should always work as a team, combining everything but some families share their responsibilities, one buys school uniform and shoes and the other pays for fees.
If there is mutual understanding and love between them, then there will be no question or argument on this topic. Once a man and a woman marries, they both became one, not two. At that time, there is one person and that person is the owner of that income. One person is equal to a man+ a woman(if they are married).
However, if both lack understanding and love, the wife owns her own salary and she has the right to spend it as she likes. Same should be applied to her husband’s salary then, so he can keep his salary and do whatever he wants, buy his clothes and do whatever he want. But if the home is in financial crisis, then each and every member must contribute to save the situation.
It is a critical issue that so many people would not want to discuss and it has caused more harm than good in families. Also, money have caused lots of broken home
Above all, wives should learn how to be submisive to their husbands, not only in terms of making love alone but in though, the wife owns her money because she works for it;if the husband wants her money, there must be and agreement between both parties and the money must be used wisely and for the needs of the family.
Marriage is a union between man and woman such that they become one in their emotions, thinking, attitudes and in every aspect of their relationship
Some people do discuss about who is the owner of the wife’s salary; and later conclude that they both own it because they are one.
However, the wife should inform her husband about her salary and vice versa for the husband; that will make them fulfill the main purpose of marriage. By so doing, they are showing each other respect ,love and honour.