Do you cherish your marriage as achievement? 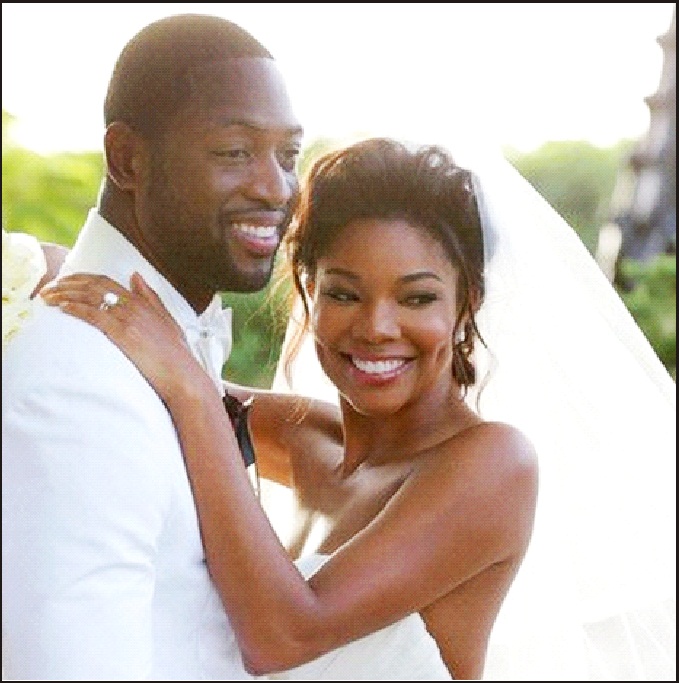 Right from the days of our fore-fathers, African tradition and culture on the marriage institution are sacrosanct and people right from  childhood were  taught and trained on values of  marriage.

Failure to imbibe  tenets of marriage is frowned at.  The same cannot be said of present day generation where couples go into marriage for odd reasons only to call it off under flimsy excuses. To many , marriage is not an achievement hence, it will amount to a waste of time living with a spouse till death do them part.

However, opinions differ when The Hope spoke with some people on whether their marriages is an achievements or not. In the submission of a trader who has been married for 28 years, Mrs Iyunade Temitope, she said that having a happy and successful marriage with children is one of the achievements a person could attain in life.

She said: “A wonderful marriage, filled with joy, love and understanding is certainly a great achievement. Being able to raise a child or children in the union doubles the achievement because we are created to multiply. Even the society will see  unmarried person as being irresponsible.

Marriage accords couples respect and offers opportunities. Marital joy is unspeakable and I will forever cherish the opportunity to be married.”

Sharing a similar view, a civil servant, Mr Taiwo Fakorede, described marriage as the best gift of God to man for companionship and procreation. While citing his case as an example said: “Before I got married, I knew there was a yawning vacuum in me to be filled. I made up my mind for it and after my marriage, things turned around for good.

“The Bible, in Ecclesiastes C4V9-10 states that two are better than one because if either falls, one can help the other. The Bible also said that it is not good for a man to be alone, which means that we must embrace marriage. You don’t feel complete until you have a spouse. There are some positions one may not attain without being married. If you can see your new car, house or job as an achievement, then, marriage should be more than an achievement because it supersedes them all.

“Socially, psychologically and spiritually, marriage is an achievement with a right spouse. God himself gives grace over every married man who treats his partner well according to Proverbs 18V22. There is nothing as good as having a companion to share the issues of life with. Those who have lost either wife or husband will tell how valuable being married is.”

On why some people did not see marriage as an achievement he said: “They are the types who are shying away from the reality of life in order to dodge responsibility. Are they wiser than God who instituted marriage? It is just a way to justify   irresponsibility.”

Speaking differently, a beautician, Ms Eniola Williams, argued that today’s marriage is never an achievement compared with what it was in the olden days, she said: “Ask the family of those who have lost their daughters or sons to domestic violence,   they will tell you that they regretted supporting their children to get married.

“I am not saying being married is bad, but it is high time we re-defined marriage with the current situation in the country because we will be economical with the truth if we are comparing today’s couples with our fore-fathers. Let’s tell intended couples that when their lives are being threatened, it is time to quit. If I had not quitted my marriage at the right time, probably, I would have been dead by now,” she added.

In the contribution of a Computer Operator, Mr Taofeek Alonge, he maintained that marriage  can never be an achievement if it is not successful.

He said: “ It depends on how successful your marriage is. If the reasons for going into marriage is to get papers to travel abroad, such a marriage is far from being described as an achievement. Struggling in a marriage to survive can never be an achievement. Not having joy, peace and being able to perform your marital roles as expected is a failure and not an achievement. Individuals should define what marriage means to them because what favour A might not for B.” he warned.

An Accountant, Mr Lawrence Adekunle, hinted that if truly marriage was an achievement as the society made us to believe, there would not have been high case of divorce.

His words: “ When we describe something as an achievement, such attracts everyone, that is why I am confused if marriage should be described as an achievement with the high cases of divorce across the country. A man without financial muscle to sustain his home cannot agree with that assertion. A man or woman who quit his/her marriage for safety will prefer never to have been married. A wife or husband whose partner abandoned with children to re-marry will tell you that marriage is not an achievement. Someone who has sorrowful tales to tell for being married will give you reasons why everyone cannot see marriage as an achievement.

“Those in jail awaiting  execution for killing their spouses due to uncontrolled anger would have preferred never to have been married at all. Until we stop attaching sentiment to issues before we can get it right.  The truth is that marriage is not working for everybody. I know some people whose lives were better before they got married.”

When asked if it is bad to be married, he said: “I am not condemning marriage because I am happily married but for those whose lives are being threatened, I am saying they should quit. My immediate elder brother almost lost his life in his marriage if not for urgent intervention. We should stop the idea of looking at those who want to get a divorce for legitimate reasons as failures, afterall, marriage doesn’t get you a first, second degrees or  PhD. It is just another phase of life. Many who have separated from their spouses will give you reasons why marriage is not an achievement but a culture to be fulfilled. If it is working for you, continue, if it becomes life threatening quit.