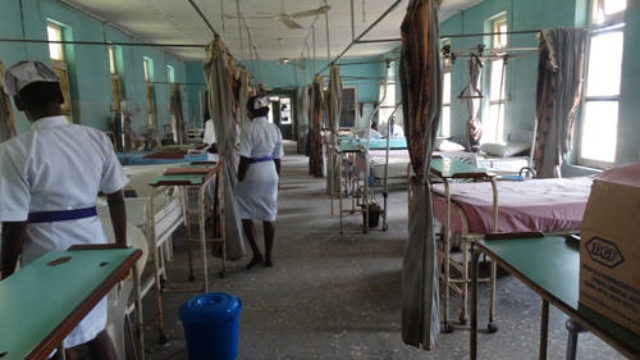 Substandard clinics parading unqualified medical personnel are now having a field day, wrecking havoc due to the industrial strike embarked upon by resident doctors in the country, The Hope investigation has revealed .
The quacks, findings revealed, have caused so many damage to many patients’ lives who now patronise them while they have equally sent some others to their untimely graves .
The National Association of Resident Doctors (NARDS) had on July 30, this year declared indefinite strike until the federal government meets the demands of its members.
Investigations conducted by The Hope revealed that the 48 days strike has also led to people paying huge amount of money at private hospitals while many have resulted to self-medication.
A woman, who spoke under the condition of anonymity, narrated to The Hope how the ongoing strike almost caused the death of her sister-in-law, who just put to bed.
Her words: “My sister-in-law registered at the Mother and Child Hospital in Ondo, but on the day of delivery, there was nobody to attend to her and it was very late in the night. The baby was already coming by then.
“So, we left the place and went to one available private hospital in order to save her and the baby. She actually gave birth at the hospital.
However, after some times, she suddenly felt tired and slumped. It became very difficult for her to breath and the doctors were called in to save her life.”
She narrated that the doctor later discovered that the auxiliary nurse that attended to her did not give her proper care to allow delivery blood to properly flow out of her. This led to clotting of blood inside.
“Such a mistake can never be made by professionals at the government hospitals if they were not on strike,” she added.
Another unfortunate report from Omotosho, in Okitipupa local government had it that a mother of three, who took ill was injected by a quack and she died immediately.
In the same vein, traumatising experiences with unprofessional doctors, nurses and chemists were shared by Miss Moyin Osadipe, Dayo Samuel, Kehinde Adedoyin and John Kolapo.
Dayo Samuel told The Hope that he had to patronise a chemist in his community since government hospitals were on strike and he could not afford private hospitals.
He revealed that he nearly lost his life due to the reaction from injection administered on him.
“I was rushed to a private hospital before I was revived. I paid double of the money I was avoiding to pay,”he told The Hope.
According to Mrs Kehinde Adedoyin, “her daughter suddenly developed terribly high temperature over night and the following morning, I took her to ‘Auntie nurse’ and she administered malaria injection and also gave her some drugs.
“For three days, my daughter could not stand up. She was just there and her temperature was fluctuating.
“My friend had to invite her family doctor to attend to her. It was discovered that she did not have malaria, but she only had worms,” she said.
The Director, Disease Control and Immunisation, Primary Health Care Development Agency, Ondo State, Dr Adefesoye Victor Akinpelumi, who noted that it was unfortunate for people to patronise quacks, stated that it could lead to various health complications and death.
He lamented that the society at large was at a bigger risk because many big hospitals are owned by unqualified medical personnel.
Akinpelumi, therefore recommended that government should rid the society of quack doctors, nurses and pharmaceutical stores through monitoring and serious sanctions for offenders.
Also speaking, the Proprietor, Ade Olotu Welfast Hospital, Ondo, Dr Ade Olotu confirmed that the strike by resident doctors had pushed people to patronise unqualified doctors with their health issues and sometimes getting more than they bargained for.
His words: “I have spent three decades in this profession and I have seen a lot of shocking things. By the time you enter a hospital or health facility, you should be able to judge on your own if the place is good or not. But some of our people are so interested in metaphysical powers that they go to unqualified doctors because of the belief that their health will be restored with the powers.
“It is the ignorance on the part of the patients that is taking them to the unqualified doctors and our government should play its role in solving the problem permanently.”
He stressed that there were cases which must be handled on time and in specific ways, which many of the unqualified doctors did not know, adding that when they handled these cases carelessly, it could lead to patients’ death or damaging effects on their body or organs.
He called on federal government to ensure the demands of the striking doctors are met so as to prevent avoidable loss of lives and other negative consequences the strike might bring.
Dr Olotu also suggested that, “The government needs to kick against the idea that an unqualified person can, because of unemployment, establish a health facility, start treating people and prescribing drugs for them.”
The health expert emphasized that actions must be taken against not just the illegal hospitals and their staff, but also against shops where unqualified persons prescribe and sell drugs to people.
“If all these steps are taken, the number of people going to unqualified medical practitioners should reduce and many lives will be saved,” he posited.