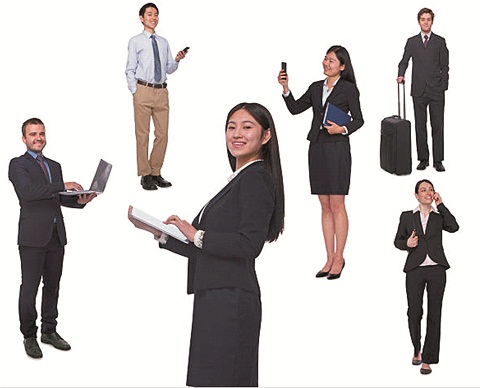 The difference between them & how to optimize life by being both
|
Extreme of anything is bad and this applies to doing or not doing stuff as well. There are plenty of people who do a lot of work but aren’t so productive and usually remain stuck at work, in career, relationships and life. And there are is an exact opposite, contrast set of people who simply do nothing and also remain stuck in life. Neither is better than the other and, therefore, striking a balance is crucial.

Thirty-two-year old Maria, who I met at a friend’s baby shower, couldn’t stop listing down her achievements, awards and upcoming business projects and kept adding a rider – “Well, you have to compromise on family time. How else will you get all these things.” A not so great admirer of Maria in the group, Donna, who is a mother of two and a homemaker kept shooting down Maria’s achievements saying, “Well, what is the point then of achieving so much when you don’t have time for your kids. You will never look back at life and think you spent too much time with your kids. You are just missing out on all these things by doing too much.”

While neither of these women are wrong in their approach since everyone has different purposes, wishes and priorities in life. But the fact that doing too much in some area of life makes you sit back or lose out in some other area of life is probably a hard truth and a difficulty all active human beings have to deal with.

Then we come to another set of people, the absolute do-nothingers. “Why do you have to do so many projects and also vacations with your family? Why can’t you just do only a small amount of productive work and also spend quality time with your family and just have it all?”, said Preeti, another woman and mother of 3 in the group.

Preeti has a rather simple life, she says, and she wants to keep it that way. Her philosophy is that you must not really keep running after all your dreams while losing out on what you are currently enjoying. As a mother of three, and a part-time teacher in a nearby school, which gives her just enough time to do productive work, socialize, and also play with her kids and have some cozy moments with her husband, Preeti is more than content in life. She cooks well, has a teaching career, attends all her kids’ school functions, is part of all her family ceremonies and also vacations with her husband. She believes in keeping a fine balance among all that she does.

The trap of the Doers

The trap of doing too much or Busyness is a real psychological problem. The psychology stems from a feeling of pride, in spite of the visible stress it involves – that I’m busy, my partner is busy, even my children are busy. I’m living life at the mercy of my ever increasing “to do” list and I bet you are too. There is practically a pandemic of busyness. And to the extreme Doers this is a sign of accomplishment, being better than others, and of course being most productive in society.

Unsurprisingly, there is a significant down side to all this busyness; while we’re cramming in five impossible tasks before breakfast, we’re not making time for the things that actually matter. We are sacrificing a meaningful life for a busy one.So why do we do it? Martina Sheehan is a leadership mentor and co-author ofDo Less Be More, a handbook for banning busy. She explains how easy it is to fall into the busyness trap.

Sheehan explains the science behind it. “When you’re engaged in goal-directed tasks or attention-demanding thoughts, very specific regions of your brain light up. But when you sit back, look up and relax, that network quietens down and a different one comes to life. It is the addiction we develop to either of these brain chemicals that make us busy or sit back,” Sheehan says.

“When we are still, the parts of our brain responsible for spontaneous recollections, improvisation, imagination, creative leaps, daydreaming and self-awareness light up like fireworks.This is why many of us have our best ideas in the shower but then doing an action to materialise those ideas in physical form requires the habit of being active and doing, which many people lack,” she adds.

Sheehan says that there is an easy way to balance doing and not doing and yet live a complete life. By abandoning busyness you are not abandoning your commitments and responsibilities. You are simply preventing them from getting crammed up and being in the list of “Must Do”. Most things do not need any work or action. One of the ways she describes to lighten up your life and schedule is by silencing the many sounds around you. Turn off that television, radio, podcast or YouTube video or movie. Just experience some quietitude. Shut down the visuals – again on laptop, TV, and other visual aids of entertainment, Calm yourself down and simply rest for a while before you take up a task. Finish the task in an allotted time and be done with it. Dragging it for hours or coupling it with five other tasks is also a trap. Schedule only two to three necessary tasks every day and be done with them.

The biggest reason why most people prefer being ‘busy’ and ‘occupied’ with some task is because they feel they will get bored otherwise. It is hard for them to imagine sitting or lying down by doing nothing. Many are also scared of having dark thoughts if they sit doing nothing. Dealing with negative thoughts is obviously a challenge that most people like to avoid.

Busyness comes most to people who have a false feeling of being productive. They might get all the work done, and also carve out time for pretty much everything in life, but they will be forever craving for that ‘holiday’ or the ‘vacation’ or the ‘family time’ or the ‘alone time’.

The three major results of being too busy are Burnout, Multi-tasking and Distraction. Once a person gets into this trap it is a vicious cycle because they lead to more burnout, multi-tasking and distraction. The brain is unable to switch between two tasks, and it has been proven by science, yet we force it to do so. Burnout is a likely event. Distraction occurs because the brain can’t sit still on one task. Do you really want more busyness in your life after knowing this?

Having a lot on the plate makes the individual feel more fulfilled and ahead of others in the race, and also keeping up with the pace makes them feel weak. This is a constant emotional pendulum that busy people deliberately put themselves into.

The trap of the Do-Nothingers

The trap of doing nothing or ‘avoiding action’ is another psychological problem that sometimes borders on depression. This is marked by sitting down or lying down or gazing into the blank or void, thinking nothing. More like passing time with a feeling of hopelessness.Don’t get me wrong! If you are being productive for yourself – say by exercising, doing something for yourself, and also attending to those around you, and then sitting or lying down gazing in your garden, then you aren’t the depressed kind.

Do-nothingism is depression when you are filled with hopelessness, and is productivity when you are happy and jubilant without doing any task or action.

Let me elaborate on the part that is linked to depression, since if you are happy and doing nothing, then you don’t need my advice. You already know how to be productive and enjoy your time.

The few reasons why people develop the habit of doing nothing and fall into the trap of depression is when they feel that action and all activities are completely pointless. They would rather spend their whole life gazing into a void than touching any task.

Helplessness is another reason. When you are convinced that no matter what you do you are never going to feel better about yourself, and that your moods are subject to certain specific results that are beyond your worth of achievement, naturally you would feel helpless and never in the ‘mood’ to take actions or do anything just for the fun of it.

Overwhelming yourself is another habit that many do-nothingers develop. A task may be small but these people magnify it as a big painful boulder that is not fun, but a duty they would rather shun, they won’t do it.

The fourth reason I can quote is the feeling of ‘perfectionism’ which is not only unnatural but also extremely fake. Individuals who defeat themselves by setting impossible and inappropriate standards of goals and results will never be motivated to do anything since the standard itself becomes very daunting. It is better to not do it anymore than fail at achieving it right. This is the mindset of the perfectionists.

While there are several more reasons why do-nothingers become so, but these four could be cited as the four major ones. Luckily, there is always a way to get out of any problem you are facing in life. Acknowledging that you are having a problem is the first step.

Following this, thethree sure-shot ways of balancing life between the Doer and Do-nothinger part of you are below:

Slow is smooth, Smooth is fast – When you are busy you rush into everything but you take things slow, one task at a time, you naturally get more done. I am sure you have experienced this. So why not make it a habit for each task, every moment of the day. Don’t you want to feel like a winner?

Make a Not-To-Do List – This is more crucial than your to-do list. It keeps you at bay from all the distractions and also concentrated on what you really need to do. Don’t you want to have a calmer day?

What did I do today?–Chalking out a list of things you did, said, enjoyed, not enjoyed, listened to, ate, etc since morning is a sure way of knowing how you spent the whole day. Do this little exercise for a week before you go to bed and see your entire day unfold in front of you time and productivity-wise. This is one crazy exercise you will thank me for, I assure you. You will know exactly what your habits are, what you are doing unmindfully, what unnecessary events you are spending time on and what you need to change to enjoy life more.