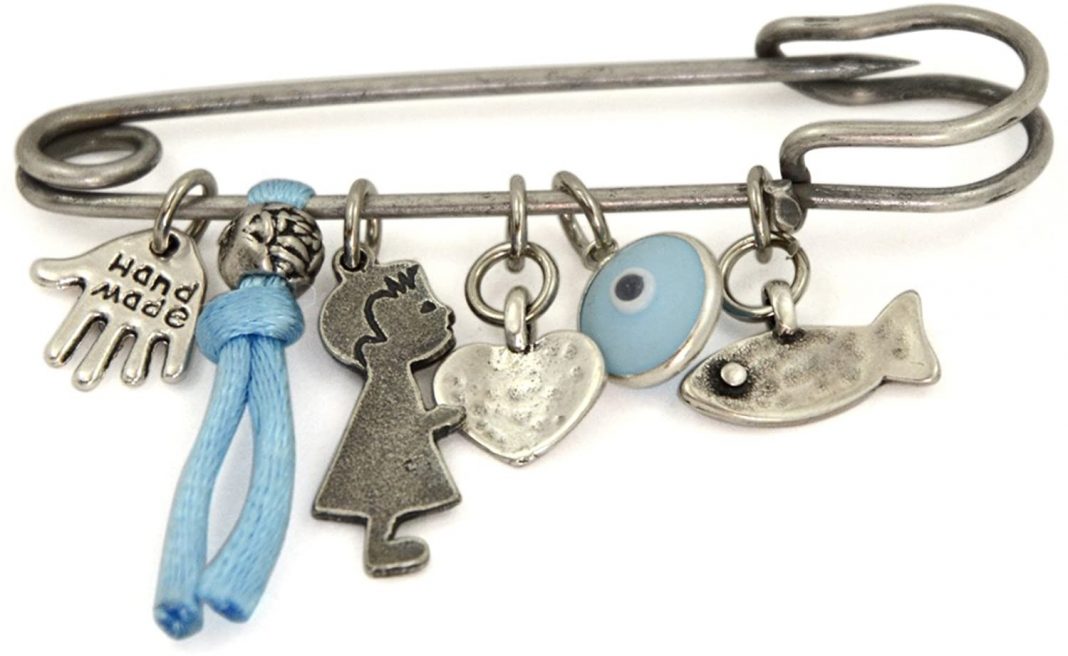 The journey of pregnancy has been described as one laden with uncertainties for many women. Many mothers and especially first time mothers are overwhelmed by the gamut of information available to them .
Many expectant mothers are in the habit of attaching safety pins on their clothes during pregnancy with the belief that it will ward off evil that might afflict their unborn babies. This is a practice that has been passed on from one generation to the other.
The Hope went to town to gauge people’s reactions to the practice. While some described it as meaningless, others believe that it has its effects. Find excerpts below;

Mrs Grace Ariyo, a Pastor, said “No, I do not believe in it. It is funny what people believe nowadays. It’s just obvious people don’t really trust God. They go to church, lift up “holy hands”, but go back to their fetish beliefs. “God who gives children is the sole protector of His own.
“I stand with the truth! I’m speaking out of experience. My daughter-inlaw gave birth two months ago. We didn’t use any safety pin. Since the arrival of the baby, we had never visited the hospital for anything except circumcision and routine vaccinations.
Whatever anyone believes, I realize, works for them in a way. But I guarantee you. God is the Sole Sustainer/Protector of both parents and children.”
A woman, Mrs Esther Dada in her words said: “My neighbour said that while she was pregnant, a woman told her she could see the baby in her stomach and that it was a boy. The woman has not gone for scan to know the gender. So I don’t think pin protects pregnancy, I think it only hides the pregnancy from evil eyes.
Mrs. Tolulope Owonifari, in her opinion said “medically safety pin cannot prevent pregnancy but spiritually it can protect pregnancy.
I believe that every pregnant woman should always put pin in her clothes in the afternoon, even only in the afternoon but always under their blouse because of evildoers. “When something spiritual or evil comes in the afternoon and see that pin it will go back.
An elderly woman, Mrs Comfort Adeyeye expressed that she still believe in the efficacy of the safety pin. Her words: “Yes, “my mother told me that safety pin was used by pregnant women to protect the unborn child from evil people. In another form, they didn’t want to lose their pregnancy.
She explained further “with the little understanding I gathered from our elders then, I think safety pin prevented them from losing their babies. Now we have different twins that were joined from head or stomach. When you go to India, it happened very well there. Safety pin can prevent pregnancy from such occurrence.”

ln her reaction, Mrs Seun Adeayo, an expectant mother believed that there was no harm in using it since it has no adverse effect.
Her words: “Whether I believe it or not, I don’t ignore something when I am told. I don’t put my trust in an object but I listen to elders especially when they advise me on my well-being. My mother in law bought them for me, saying I should use it when I am going out in the sun. Well, I don’t know her aim but as long as it is not of evil, I’m okay. God is our banner”

Mr Femi Ogidan, also said “What I| know about safety pin was that in the year 1970s,80s, when pregnant women wanted to go out in the afternoon, they attached safety pin to their clothes closed to the belly.
“I don’t really know why things have changed, but every pregnant woman have to use it. Today, due to civilisation, most pregnant women don’t believe in using safety pin again.

Osun to construct fences in schools