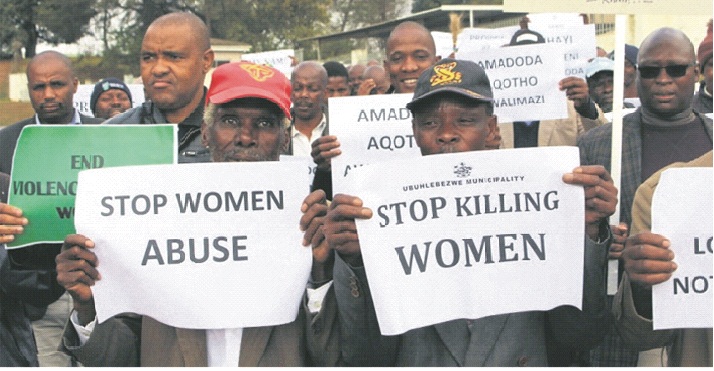 Domestic violence is a burden on numerous sectors of the social system and quietly, yet dramatically, it affects the development of a nation.
It is a global issue reaching across national boundaries, as well as, socio-economic , cultural, racial and class distinctions. This problem is not only widely dispersed geographically, its incidence is also extensive, making it a typical and accepted behavior. Domestic violence is widespread, deeply ingrained and has serious impact on women’s health and well-being. Its continued existence is morally indefensible. Its cost to individuals, to health systems and to the society is enormous. Yet, no other major problem of public health has been so widely ignored and so little understood.
To get to the root of the matter, The Hope interviewed Mrs Doris Olumoko, the Deputy Chairperson, National Association of Women Journalists (NAWOJ), Ondo State Chapter. According to her, said that “Let us examine the fact that domestic violence is an act of violence against women and children. We discover that not only women have been violated, children have been violated. When we talk about the issues of rape of minor and the issues of rape of young girls, teenagers and even old women. Recently, we have the cases of old women being raped while inside their houses and we also have issues of husbands beating their wives, beating them to stupor and we also have issues of wives being beaten to death by their husbands.
She added that, “We have seen such cases of young boys beating their girlfriends and leaving them with scars all over their bodies. We have also heard of situations when we even see nannies violating the children under their care and we just saw one that happened recently in Abuja where a woman used iron to input injury on a child.”
She stated further that , these are negative vices which we should at every point in time condemned, the condemnable act should not be encouraged anyway, there is no need for any woman at any point in time to endure violence, because by the time you keep enduring, maybe your husband violated you, for the first time he beat you, you endure, he will also do it second time and by the third time you might not be alive to tell the story any more.
She added that, there were people who endured beating once and they died on the spot. If you find yourself in that kind of situation that your husband is a violent kind of person, instead of you to keep it to yourself, cry out.
Doris Olumoko advise women out there, “if you find yourself in that kind of situation, cry out for help. Help will surely come. Some women, because of the love they have for their husbands, they will not want to lose their marriages. Before any woman will get into marriage with any man, of course that woman needs to be in love with the man. We know every woman will want to protect her home. That is why they keep enduring atro city being meted out on them. Nobody is praying for any home to be destroyed, but when you need help, seek help and help will come.”
The journalist also cited, the case of the Makurdi couple, the woman cried out and government intervened. Apart from the government intervention, the woman had already informed some women organizations before government took it up. I know because of the public intervention, that man cannot for any reason lay his hand on the wife again, there will be tolerance at home.
“There is no need for us women and girls to endure any form of violation, because it is dangerous, you might not be alive to tell the story.”
Also, Pastor Jumoke Aborode, of the State National Council for Women Society in Ondo State, said that domestic violence is not supposed to be endured because it is a painful act.
She added that, “it is an act that can take life, so, there is no way it can be endured. It has to stop and that is why we have seen women moving round with Orange force, that is Orange world, as it is termed and this has been going on since sixteen days ago. Today is the grand finale of the program and by the grace of God this will go a long way in the life of women and it will stand as a great warning to all these evil doers.”
Aborode urged women to look at the foundation of their marriages. A woman must be married according to the Bible.
She further stated that, she said, these days, men just take us cheaply, impregnate women and take them as wives. That is not how it should be. Men are supposed to go through the right channel and with the consent of the parents, that is how it should be done.
Mrs Bosede Ojuolape said that, Prevention is the only way to stop violence before it even occurs. It requires political commitment, implementing laws that promote gender equality, investing in women’s organizations, and addressing the multiple forms of discrimination women face daily for violence to stop against women. “We should raise public awareness on the poor conditions some women face, particularly in rural areas, make laws and enforce existing laws that protect women from discrimination and violence, including rape, beatings, verbal abuse, mutilation, torture, “honor” killings and trafficking, educate community members on their responsibilities under international and national human rights laws. Promote peaceful resolution of disputes by including the perspectives of women and girls, strengthen women’s ability to earn money and support their households by providing skills training for women, sensitize the public on the disadvantages of early and forced child marriage, highlight the value of girls’ education and of women’s participation in economic development.”
She stated further that, women must be encouraged to participate in the political process and educate the public about the value of women’s votes.