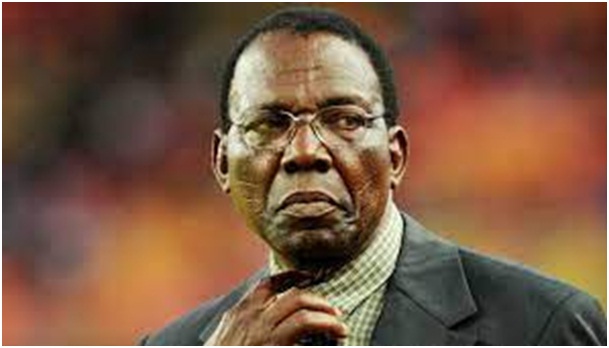 Former Super Eagles Coach, Chief Adegboye Onigbinde has disclosed that there is no football club in Nigeria, noting that by the provision of FIFA status, football clubs in Nigeria can best be described as government parastatals or businesses.
Onigbinde stated this in Osogbo during a press conference to unveil Osun State College of Technology’s Academy of Science and Sport.
Onigbinde was unveiled as the Academy’s Brand Ambassador.
He said FIFA has repeatedly emphasised that government should not interfere in the administration of football but that is what Nigerian clubs enjoyed the most.
“In the FIFA statute, it is said that no government should interfere in the runnings of football, in fact, two countries were suspended recently, because of government interference but that is what we are enjoying in Nigeria.
“Today, Nigeria does not have one football club by FIFA standard, most of them are government parastatals or personal businesses and that is what is killing our football today.”
Speaking on sport development programmes in the country, Onigbinde said Nigeria has no deliberate policy towards sports development, adding that sports competitions are organised for fun rather than in the interest of development.
“We are not developing any sport in this country, including football. .To be able to identify talent, we must set up a body that will analyze any competitions held across the country and stop playing football for fun.
“In the opening sentence of FIFA statute, Article 2, the objective for running the football, it says, “To improve the game of football constantly”, we have to train some people as technical analysts, assign them to every league match in this country and get report submitted to NFF”, he said.
The Rector of the College, Dr Samson Adegoke said the Academy apart from basics education will start with games like Football, Volleyball, Table tennis, Tennis and Badminton.
He added that the Academy has partnered with a foreign institution that would provide a platform for the students to have international exposure.