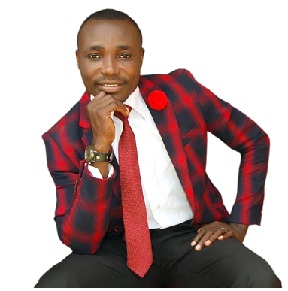 The newly elected flagbearer of the Young Progressives Party (YPP) for the October 10 gubernatorial election in Ondo State, Mr Dotun Ojon has promised to bring leadership with purpose to the people of the Sunshine State.
Ojon, who was the only candidate for the party’s primary election on Saturday in Akure, secured 96 out of 99 votes to secure the party’s ticket, while Hajia Ajarat Usman, a graduate of Public Administration, was also endorsed as his running mate.
Speaking with The Hope after the election, the youth development and leadership strategist said he was poised to lead the people of Ondo State differently by putting them in the centre of governance.
“We want to redirect the concept of leadership of power to the people. That is putting people in the centre of government programmes and policies. We are bringing in innovation into government. We are bringing character into government and talking about leadership character.
‘If the people of Ondo State give us the opportunity to lead them come October 10, 2020 election, our government is going to be for everyone, irrespective of your political party, religious background, beliefs and sentiments, so we will carry everybody along”, he assured.
The resident analyst with Radio Continental disclosed to The Hope that he and his party had been engaging people in their respective communities, stating that he was confident of victory in October.
The state Chairman of the party, Pastor Olabanji Moses expressed confidence in his party to emerge victorious in the election, adding that YPP was ready to bring new waves that is people-centred to governance in Ondo State.
Also speaking, the pioneer Chairman of the party, Mr Solomon Olanipekun, said that he had unflinching confidence in Dotun Ojon to occupy the topmost political seat in the state, stating that he is humble, steadfast and a committed leader.
One of the delegates of the party, Adebayo Adedoyin, appealed to the people of Ondo State to vote for Ojon. She added that the youth were ready to take up the leadership of the state.