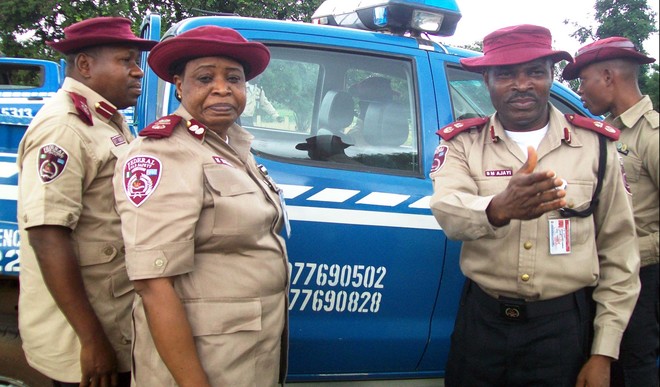 From Akinnodi Francis, Ore
|
A 36-year-old driver, Ogbonna Nwali, who allegedly drove a Toyota Hiace bus recklessly and injured 14 passengers, has been charged before an Odigbo Magistrates’ Court in Odigbo Local Government of Ondo State.

Nwali is facing a six-count charge of dangerous, reckless driving and damages.

The police prosecutor, Sgt. Muyideen Yekini, told the court that the accused committed the offences on February 2, 2019, at about 12.05p.m, along Ore/Benin expressway at Paradise area in Ore.

Yekini said the accused drove a Toyota Hiace bus with  number plate Lagos SMK-232 XR, in a dangerous manner that caused injuries to 14 passengers, while he damaged one T4 Wagon, belonging to one Monday Edward Udoh.

The accused, however, pleaded not guilty.

The Chief Magistrate, Mr T.J Ajayi, granted the accused bail in the sum of N100,000 with two sureties in like sum.

He said that the sureties must reside within the court’s jurisdiction, adding that they should show their evidence of tax payment to Ondo State Government.