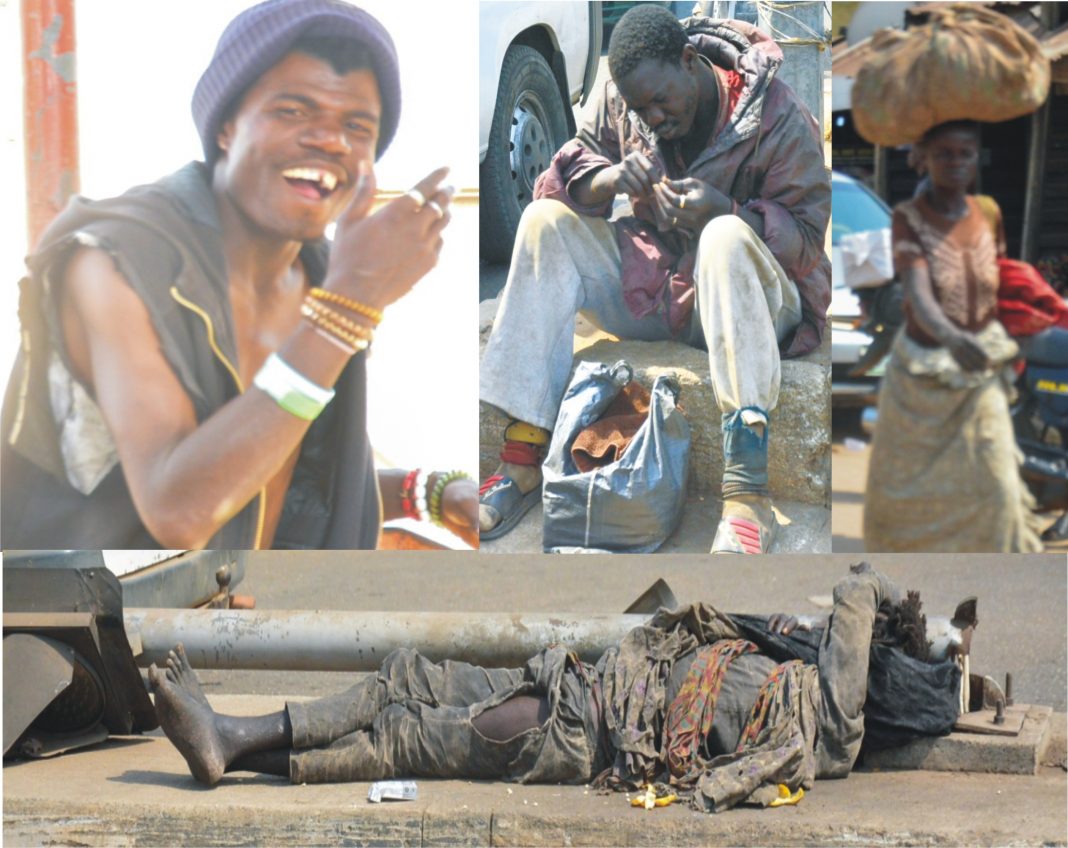 The consequences of drug abuse by youths are now evident with the army of youngsters now roaming the streets due to mental disorder.
Investigation by The Hope revealed that mentally ill persons are common sights in the nooks and crannies of many cities .
A survey conducted in some cities in the south west revealed quite an alarming situation as it was rare not to find one within a minute drive in major cities.
People with mental illness līter the streets, motor parks and under the bridges to mention but few.Their presence in Akure has raised concerns among the residents of the Sunshine state, who have called on the government to as a matter of urgency, take proactive actions and evacuate them from the streets.
Those who spoke with The Hope in separate interviews on the development said if care was not taken, lives of innocent people, particularly the children, would be jeopardized.
The Chief Medical Director, Ondo State Psychiatric Hospital, Dr. Akinnuoye revealed that there were profound evidence to show strong relationship between psychotic substances and mental illness.
His words: “From a professional insight, we have more than enough evidence to show the robust relationship between psychotic substances like cannabis and mental illnesses.
“This has turned into a huge problem in our nation which represents a significant burden and recently there is a clear cut increase in the use of these psychotic substances among youths in particular.
“We have also noticed an ugly trend of early use of these substances; there are cases of secondary school students as young as 10-16 years old involved in this menace, with some of the most immediate devastating mind and brain-damaging effects on them. We see this often in our facility.
“We have seen this trend increasing in recent times and it’s very disturbing. Data also showed drug abuse is prevalent in northern Nigeria than what we are seeing in the south, so in the future, more mental illness cases will be prevalent in Northern Nigeria.”
Akinnuoye also said many young people in higher institutions are actively involved in psychotic substances for various reasons, which include academic frustration, economic challenges, peer pressure and experimentation.
He said that psychotic substances are very active in the brain and aside mental illness, they could lead to changes behaviour such as dysfunction, destructiveness, restlessness and aggressive be
Another medical expert, Mr Sunday Lucky is of the opinion that “the major cause of mental disorder in the society today is drug and substance abuse such as intake of crystal meth and other related hard drugs.
“Crystal meth is the common name for crystal methamphetamine, a strong and highly addictive drug that affects the central nervous system.
“Also called ”’ice’ or ‘glass’, it is a popular party drug. Usually, users smoke crystal meth with a small glass pipe, but they may also swallow it, snort it, or inject it into a vein.
“As a matter of fact, there has been an increase in the consumption of this substance in recent years and this on the other hand has occasioned the spike in the numbers of mentally derailed persons as seen almost everywhere on the street.”
Also, a public health expert, Mr Sijuade Adegoke said that the increasing rate of insanity in the society today could be attributed to harsh socio economic conditions in the country.
His words, “the socio economic condition of the nation at the moment is very gruesome though some privileged persons might not really feel the dastard effects of these unfavorable economic conditions.
“Moreover, some of the things we are seeing are also not unconnected with the aftermath of the crashed ponzi schemes, which were prevalent last year. A lot of people invested in the scheme last year and lost millions in the process and thereafter went into depression.
Another medical expert from the Federal Medical Center, Owo, identified as Nurse Christianah Akinjomo attributed the increase in the number of mentally ill YOUTHS to prevailing societal factors, negative peer group influence and increasing level of social vices amongst others.
Mrs. Akinjomo said “as a matter of fact, to state that the numbers of medically deranged persons are on the rise almost on a daily basis is an understatement, it is just too much. To start with, one of the factors responsible for this is the decrease in the societal value system.
Giving a spiritual perspective, Pastor Deji Adepoyigi said inordinate quest for money among the youth, popularly called “rich quick syndrome” was accountable for this menace.
According to him, “youths of nowadays no longer want to work to earn money, they rather prefer to go into money rituals and make money at all cost.
Reacting to the ugly development, the Director Social Welfare, State Ministry of Women Affairs and Social Development, Mr Adebayo Oyegunwa noted that the Ministry was doing its best to evacuate mentally ill persons from the streets.
According to him, the Ministry would also ensure that they receive proper treatment and when they stable, they would be taken them back to their towns and re-unite them with their families.
“On daily basis, we always get them evacuated, because we don’t want them to constitute nuisance, we are aware that the issue is a sensitive one”
The Director assured that the Ministry would continue to do the needful to ensure that this set of people are out of the roads and communities.