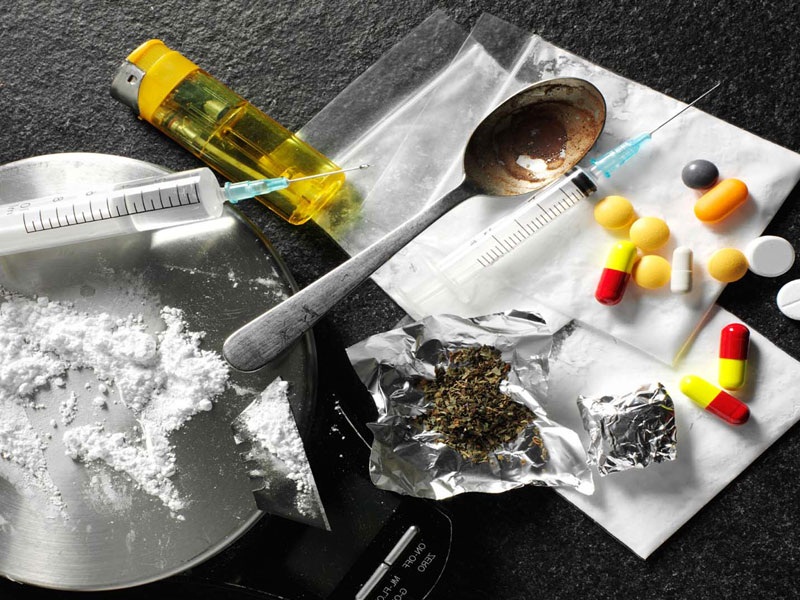 Alarmed by the huge drug abuse among youths in the country, prominent Nigerians have called for the establishment of rehabilitation centres, sensitisation, special training to curb the alarming trend.
Investigation by The Hope revealed that drug abuse prevalence among youths has reached an alarming level and requires urgent interventions by the government.
It was gathered that 27.7 percent of Nigerian youths who should still face their studies have taken to drugs, a situation described by anxious parents as portending grave danger to the future of the country.
The Director for Research, Global Health Focus Africa, Yusuff Adebayo Adebisi stated the need for proper early drug education for the public, especially the youth in the country.
His words: “In order for us to be able to curb drug abuse effectively, one thing that is paramount is adequate drug education at the early stage. What I mean by adequate drug education is not the form of education that will scare people away but that will aim at providing adequate information on what drug is and the dangers and risks of abusing drugs.
“Over the time, we tend to focus on scare-mongering; drug education that scares people and will not allow them to make informed decisions as regards drug use. We need to move away from scare-mongering drug education to science-based approach that will motivate informed decision”
The 2021 Diana Award Recipient also made case for the establishment of functional rehabilitation centres for drug addicts, saying if people are educated on drug abuse without rehabilitation centres to get the addicted ones out of their addiction, it would be counter-productive.
“We need to increase investment in rehabilitation centres because people that are already using drugs; it is not for them to stop. So, we must strengthen drug rehabilitation services. “I am not saying rehabilitation services where they will be tied down, it must be a humane and compassionate drug rehabilitation services’, he said.
He further implored the government to review the drug policies in the country, saying there should be a shift from punitive approach to seeing substance use as a public health issue and not criminal offence.
“If we continue with punitive approach to handle them, at the end of the day, we will see that we are not making any progress. Because people that are addicted to drug abuse will look for means to get the drugs or other substances.
Also speaking, the Senior Registrar, Department of Family Medicine, Federal Medical Centre, Owo, Dr Samuel Aluko noted that poverty had eaten deep into the fabrics of many citizens in the country, making parents abandoned their responsibilities and their wards and also exposing the children to hard drugs and other immoral acts.
“A lot of children are on the street hawking. They are exposed to lot of things; a lot of bad influences. Some children are even children of the street, living permanently on the street where they meet a lot of guys, friends and wrong association and from there they are exposed to drug abuse, cultism and all that”.
“Nowadays parents have to work hard to make ends meet so there is no time for the children, they don’t know the well-being of their children.
While saying that some children picked up the habit from their parents, Dr Aluko also identified that the society had influenced many of the youths to become desperate for many things in life and in the process of trying to “belong”, they get exposed to nefarious acts, including drug abuse.
As solutions to curb the scourge, the health practitioner recommended that the youth should be empowered, gainfully employed and parents should live up to their responsibilities by attending to the well-being of their children.
“When people are empowered and can make ends meet without any struggle, children are graduating they are having good jobs, parents are being well paid they have more time to take care of their children so that they will not be influenced by their friends; these will curb the scourge of drug abuse” the medical expert recommended.
He also recommended continuous advocacy and sensitisation of the public on the dangers of drug and substance abuse.
Speaking in similar vein, the President, Students for Sensible Drug Policy (SSDP) Nigeria, Olufemi Bashorun, stressed the need for profound continuous enlightenment programmes that will create adequate drug knowledge for the people, especially the youth.
He added that sensitisation campaigns by Non-Governmental Organisations NGOs, would also help to take the advocacy to people in nooks and crannies of the society, especially those in the rural areas.
“Also, there is need for a special training for law enforcement agencies like the police, the NDLEA, NAFDAC and other agencies responsible for ensuring that drugs are not out-blown in the society. The training is needed for them to ensure that they engage the people in a proper manner without abusing their human rights.
“I agree that drug have done so much damage in our society but policy have done a greater damage if we look at the lives that have been lost that is the result of the punitive law that we have in Nigeria regarding drug policy.
He concluded that government and relevant stakeholders in the health sectors must adequately fund sensitisation programmes, especially to the areas where there was high prevalent of drug abuse.