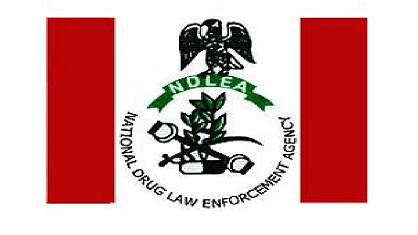 By Josephine Oguntoyinbo
|
The Ondo state commander, National Drug Law Enforcement Agency (NDLEA), Mr Haruna Gagara has declared that drug abuse poses a great problem to the Nigerian children, the government and the society at large.

He made the declaration at a one-day sensitisation and anti-drug abuse ambassador competition organised by the state Ministry of Women Affairs and Social Development for  students of the state as part of activities marking the 2019 National Children Day celebration held at the Babafunke Ajasin Auditorium, Akure.

The Commandant who spoke on the topic “Drug abuse among children :Addressing the challenges ” affirmed that drug abuse threatens the sustainable growth and development of the future leaders.He called on all stakeholders  to play a key role in waging war against the menace in the country.

He believed that if concerted efforts are made towards the eradication of the ugly trend in our society, it will go a long way in saving the children and protecting our future.

According to him, some years ago, drug abuse was seen as a scourge among youths, particularly those in the higher institutions but recently children below the ages of 13 have  been found to abuse drugs such as tramadol,  codeine, cannabis, alcohol among others which called for urgent action.

He listed stages of drug abuse to include experimental, occasional/social use, regular use and addiction stage which its consequences are physical, psychological and social.

Gagara called on parents, particularly mothers to improve on the level of parental care, schools authority should improve on teaching, guidance and counseling ,government to formulate policies that will discourage the act while religious organisations should preach against It.

Speaking on the health implications of drug abuse for children, the Programme Officer, Non Communicable Diseases, State Ministry of Health, Mrs Kofoworola Jegede said drug abuse lead to high risk behaviours and all forms of communicable diseases which can lead to death noting that the best thing children can do for themselves is to focus on their studies and shun negative distractions.

The Senior Special Assistant to the State Governor on Women Affairs, Mrs Titi Adeyemi explained that the present government in the state is taking the bull by the horns to ensure that the menace of drug abuse is eradicated in the society.

Earlier, the Permanent Secretary of the ministry, Mr Alaba Adeyemi noted that the event is one of the series of programmes preceding the children day coming up on 27th May, 2019 dedicated to celebrate and address issues affecting children worldwide with emphasis on local and regional peculiarities.