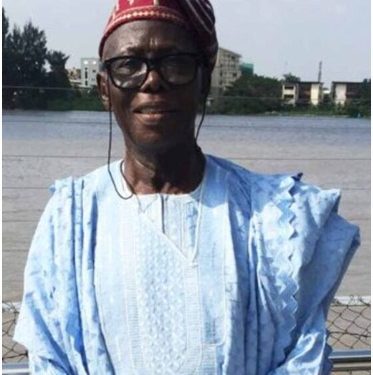 A foremost octogenarian, Nigerian Journalist, Chief Dayo Duyile has bagged his Ph.D certificate in Mass Communication from the University of Lagos.

Duyile who at  19 covered the foundation laying ceremony of Unilag for the Daily Times is among the 2251 post graduate students of the University.

The University’s Vice-Chancellor, Professor Folasade Ogunsola described as nostalgic the feat achieved by Duyile having observed that he witnessed the foundation laying ceremony of the University in1962 as a reporter.

“Sixty years later, he is the oldest ever male student to be conferred with a doctorate in Unilag,” she further stated.

Speaking with newsmen in Lagos Duyile, a former Provost of the Nigerian Institute of Journalism, Lagos said he had always wanted to get a doctorate.

“ I have always wanted to get a Ph.D in Mass Communication that I teach and Journalism that I have practiced for 55 years since 25 years ago. It is never too late to get additional qualification, including a Ph.D,” he said excitedly.

The Ondo born media guru was at one time Editor and General Manager of the Sketch Newspapers between 1972-1979 and  former Training and Manpower Development Manager of Concord Press.

Meanwhile, another 82-year-old grandmother, Obiageli Okonji will also be receiving her master’s certificate in Guidance and Counseling from the University.