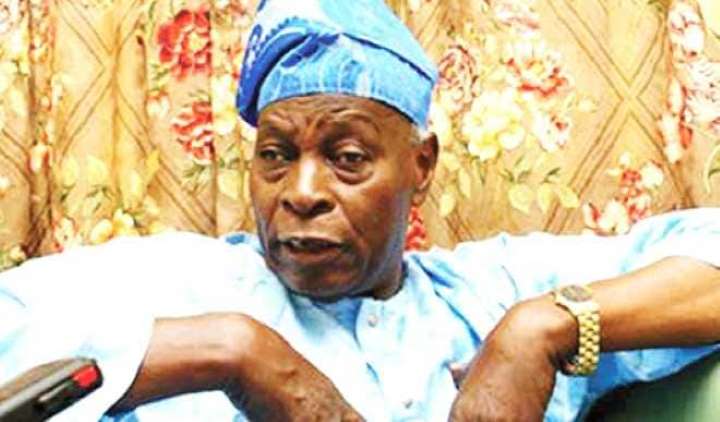 Former Minister of Finance, Chief Olu Falae, has forecast that the Nigeria’s economy would soon pick up despite the COVID-19 pandemic ravaging the global community.
Falae who disclosed this yesterday in an interview, explained that the country’s economy is not that badly affected by the coronavirus pandemic.
According to him, since the economy is now being opened across the world, in the next few months Nigeria’s economy would rejuvenate and bounce back because the price of crude oil would rise after the initial fall.
He admitted that although the lockdown occasioned by the COVID-19 pandemic has greatly slowed down the nation’s economic activities, the best approach in the coming post COVID-19, is for leaders of government to cut cost and avoid frivolous spendings to effectively managed the situation.
He posited that Nigeria’s agriculture and oil which majorly contributed to the nation’s GDP are still picking up, hence there is nothing much to fear about.
He insisted that the country is not as badly affected as many other countries of the world, adding that the number of casualties were also minimal.
The former Secretary to the Government of the Federation disclosed that the statistics so far in the country did not justify the self intimidation by the people of the country.
“We will gradually build up again and I believe in another twelve months our economy should be back.
“You know we are mono-cultural economy so to say, once the America, Britain and others are opening up the oil market will boom and our economy will grow because we will get more revenue.
“Growth is gradual and so it is in the economy. When countries are opening up things will change again,” he added.
The former SGF called on those at the helm of affairs to block leakages and ensure attention is only given to essential spendings to successfully rebuild the economy.
He charged governments at all levels to seriously focus on agriculture and give necessary support to farmers to prevent the likely food shortage that may arise after the COVID-19.
Falae described corruption, lack of sincerity and wasteful spending as major clog in the wheel of progress of the country, just as charged the leaders to be committed to the development of the country and the improved welfare of the people.