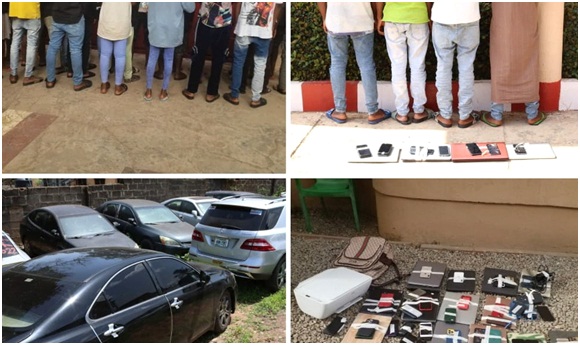 The suspects, comprising of twenty-eight males and two females were students of various higher institutions of learning in the State.

According the Head of Media and Publicity of the organization, Mr. Wilson Ewujarem, the suspects were arrested at different locations in Ado-Ekiti based on credible intelligence obtained by the Command.

Items recovered from the suspects include; lsix exotic cars worth millions of naira, forty-seven different brands of phones and 16 computers laptops.

Ewurenjen said the suspects, who are currently detained would be arraigned in court upon the conclusion of the ongoing investigations.