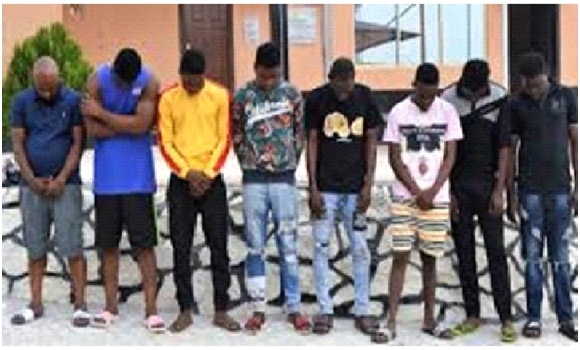 Eight suspected fraudsters have been arrested by operatives of the Economic and Financial Crimes Commission, (EFCC), in Oba-Ile, Akure North local government area of Ondo State.

An eyewitness account told The Hope Metro that the eight  suspected fraudsters were arrested in a house occupied by some young men around Bethel Estate area in Oba-Ile.

They were apprehended over their alleged involvement in internet scam popularly known as ‘Yahoo Yahoo.’

The EFCC officials reportedly arrived in Akure following intelligence report and arrested most of the suspects in their luxury cars at different locations within the metropolis.

One of the suspects who claimed he was on a visit to his elder brother from Lagos was accused of financial fraud running into millions of naira.

Reports had it that the operatives came into the area at about 11pm on Wednesday by an 18 seater bus.

Following the arrest, the suspects were moved to Oba-Ile police station before being whisked to the EFCC Ibadan zonal office in Oyo State.