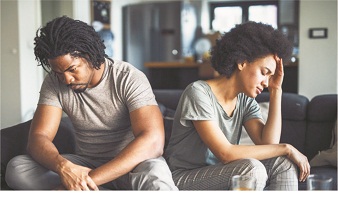 Effects of divorce on child’s academic

By Oguntoyinbo Josephine
|
Divorce or separation correlates with diminishing school achievement and performance. According to research, elementary children who experience parental divorce immediately begin performing worse, academically than their peers from stable families. This gap persists through elementary school.

Children from broken homes tend to have lower educational aspiration and test scores during the process of their parents’ marital disruption.

The intact family facilitates parental involvement in adolescent children’s education. Children in intact family participate more in school , because they discuss school activities more with their parents and they know more of their friend’s parents than those in single parents families.

The psychological outcomes of it is that the children in pre-distrupted families(whose parent’s relationship would later dissolve) exhibit more academic, psychological behavioural and drug related problems than children whose families remain intact.

One research study equally reveals that children of divorce families are also 26 percent likely to drop out of secondary school, while suspension and expulsion are also common among this set of people.

Children from divorce home may experience more externalizing problems, such as conduct disorders, delinquency, and impulsive behaviour than children from two -parent families.

In addition to increased behavioural problem,these children may also experience more conflict with peers after a divorce.

Students born to married mothers are less likely to behave destructively (that is ,disobey a teacher, be aggressive with other children) than those born to single or cohabiting mothers.

Effect of this negative attitude about marriage can also leads to decreased commitment to romantic relationships, which in turn is related to unhappy relationships or instability in future

To this end, the solution to this is that no matter what may be happening, parents should try as much as possible to be tolerant, patient, and endure whatever they may be passing through, if it does not involve threat to one’s life.

Couples should manage their conflict or dispute with maturity so that it will not lead to divorce just for the sake of their children.