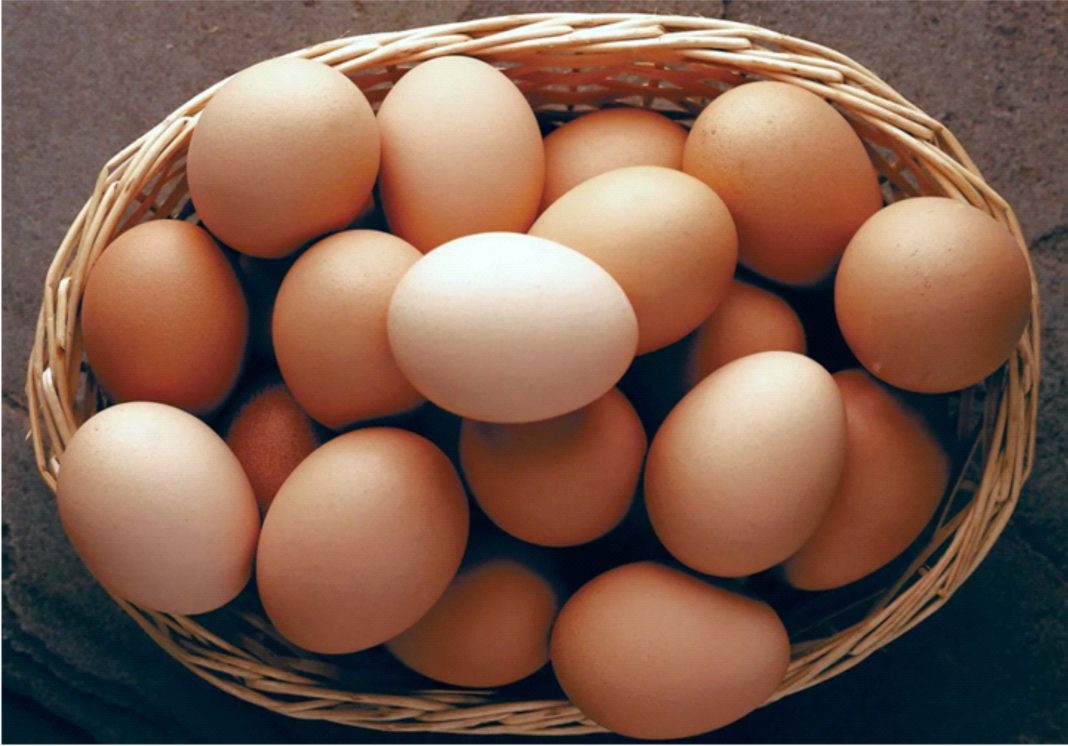 Eggs that used to be the most commonly found food in households are now turning into a day dream with the prices soaring beyond the reach of many families.
Many Nigerian families can no longer afford eggs or crates of eggs as the price keeps increasing at an alarming rate, despite Nigeria’s rating as the largest producer of eggs in Africa and 19th in the world with annual production of 10.3 billion eggs.
According to the Poultry Association of Nigeria (PAN), cost of animal feeds, following inadequate production of basic feed ingredients such as maize and soybeans, and the high cost of minerals and vitamins used in poultry production, is accountable for the high price of eggs.
Other challenges are expensive day-old chicks, insecurity of farmers and a disabling operating environment characterised by abnormal taxes, transportation difficulties and unscrupulous activities of middle-men.
President of PAN, Mr. Ibrahim Ezekiel Mam, had explained that poultry farmers were becoming helpless in the face of these challenges, hence, they resorted to price adjustments as the cost of production increased.
Mr Pius Aminu, Chairman, FCT chapter of PAN, last Friday in Abuja in commemoration of the 2022 World Egg Day with the theme “Egg for better Life”, listed the contributing factors to hike in price of eggs as closure of most farms, lack of access to credit facilities by the farmers, high cost of maize, soybeans and other micro ingredients for poultry feed production.
According to him, hike in cost of feed production has resulted to high cost of feed across the country, thereby making it unaffordable to farmers.
Other factors included insecurity and lack of access road to poultry farms, among others.
Aminu lamented that at the moment, demand for poultry product was higher than the few farms presently in production.
“At the moment, it’s very difficult for price of eggs to come down, rather it will continue to rise because demand is higher than supply, due to the number of farms that have closed down.
“We are not sure how much we are going to buy eggs in the next one month. It may go as high as N2,500 or more, as the case may be.
“Exchange rate is really affecting micro ingredients used to formulate feed; so for now we do not know but definitely I can’t guarantee that price will remain as it is now,” he said.
Aminu, however, appealed to the Federal Government and the FCT Minister to assist farmers through the provision of grants, making loan facilities flexible and easily accessible to farmers, as well as guaranteeing their security.
He said, “World Egg Day was all about recognising egg as an incredibly unique source of protein and essential nutrients, all within an accessible and affordable package.”
Experts have, thus, raised the alarm that the unaffordability of one of the commonest sources of protein poses dangers to efforts to minimise malnutrition and hunger, especially in the insurgency-infested zones.
A 2021 UNICEF report says that 2.5 million Nigerian children are malnourished, 30 per cent underweight while 90,000 are near starvation. About six million under five are stunted while 2.5 million Nigerian children under the age of five suffer from severe acute malnutrition (SAM) every year.
The first 1,000 days of a child’s life is a period to prevent undernutrition, malnutrition and their consequences, experts have advised. But unaffordable sources of protein in Nigeria may lead to widespread malnutrition, they have said.
In several interviews, poultry farmers, livestock feed processors and marketers said the rise in the prices of key ingredients for poultry feeds is the major reason for the hike in prices of poultry products in the country.
Investigations by The Hope revealed that the cost of a crate of egg at the farm gate goes as high as N2000 per crate and between N2300 to N2700 at retail price, depending on the size.
At the neighborhood market in Akure, buyers said as of early 2021 a crate of eggs was sold for N950, but later increased to N1,500 toward the end of the year. Now it’s N2,000 – N2,500.
Ibikunle Benson, a poultry farmer in Ilara Mokin, Ondo State, who spoke with The Hope, also attributed the rising prices to the high cost of feed.
Ibikunle said when he started poultry farming over two years ago, he used to buy a bag of feed at N3,000, but that as of today, the price of feed goes over N7,000.
“The current challenge in the sector is feed. The cost of feeding is too high in Nigeria and even the challenges have reduced the profit maximisation in the poultry sector,” he said.
Another poultry farmer, Mr Susan Akindele, said the middlemen are the problem because they are taking advantage of poultry farmers by buying off their produce to hoard in a bid to create artificial scarcity.
According to him, “The most unfortunate thing is that, it is not the poultry farmers that are making money in Nigeria, but the middlemen who go to the farms to buy every single crate of egg, waiting for price to go up and they will eventually sell at expensive prices to retailers who will then pass the heavy cost to consumers.”
He said eggs are still being sold at the poultry for N1,800 and N1,900. It is surprising how it gets to town and it becomes almost N3,000.
He added that because the business lacks a price controlling system, the middlemen and retailers get more profits than the farmers. He stated that the price variations from the farms to the retailer should be minimal.
In the same vein, Adedamola Ojo, a feed miller said the two most important ingredients are maize and soybeans and the supply of these two crops has fallen steeply in recent months. He said that a key reason has been insecurity that has put most farmers off work, weather changes, and challenges with importation.