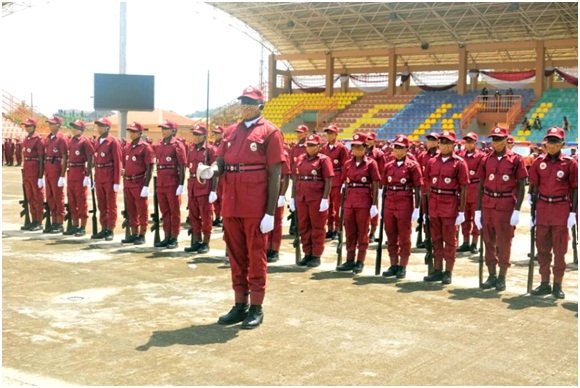 To ensure a peaceful Eid-el-Kabir celebration, the Ondo State Security Network codenamed Amotekun has deployed no fewer than 1000 officers and men of the Corps to the 18 local government areas of the state.
Ondo State Governor, Oluwarotimi Akeredolu, had ordered the Amotekun Corps to deploy 1000 Officers and men to carry out massive patrol across the state with a view to ensure peaceful Eid-el-Kabir celebration .
The Hope Metro gathered that Governor Akeredolu’s directive was to ensure travellers to the state had a hitch- free stay during the holiday.
Commander of the Ondo Amotekun, Chief Adetunji Adeleye, relayed Governor Akeredolu’s message while addressing coodinators of the corps from the 18 local government areas in the state.
Adeleye said 1000 Amotekun Corps operatives have been deployed to different parts of the state, including border areas during the Salah celebration.
Adeleye reminded night club owners to adhere to the directive to close business by 12 midnight while okada riders should stop operating at nights.
According to him, “This special operation is at the directive of Mr. Governor. He has directed we embark on massive patrol. We want to ensure our people are safe during this holiday.
“We expect influx of all types of people. The Commanders are to ensure there are no breaches. They are to collaborative with our mother security agencies in their various localities. The patrol will be 24 hours.”
Speaking on the bank robbery at Ilara- Mokin where three persons were killed, the Amotekun boss said networking operation is ongoing to ensure the perpetrators are apprehended.