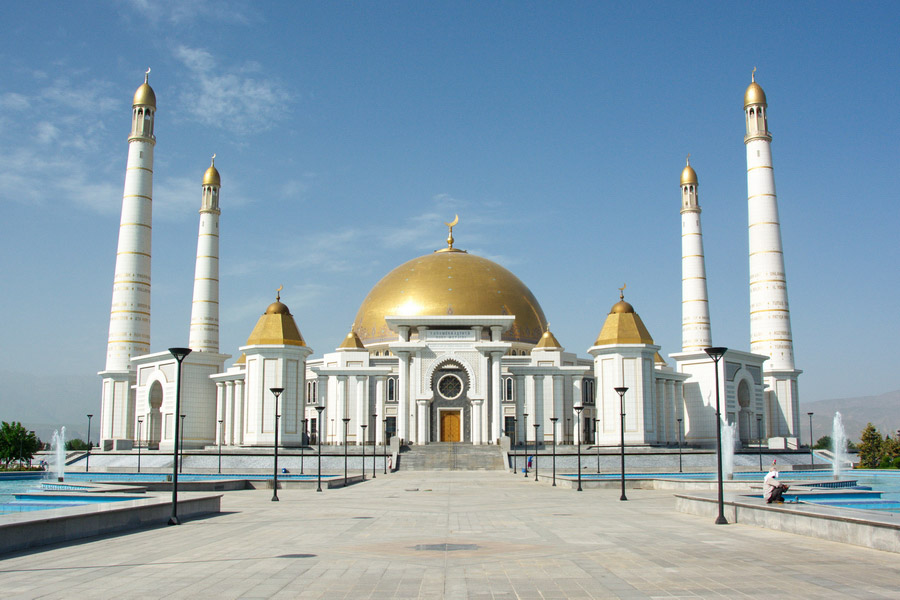 As muslims marked the Eid-el-maulud festival worldwide yesterday, a call has gone to muslim faithful to emulate the virtues of Prophet Mohammed as a messenger of peace and progress.

In a goodwill message to Muslims, Ondo State Governor, Arakunrin Oluwarotimi Akeredolu commended muslims for their support in ensuring peaceful governance in the state.

Akeredolu  commended the muslims community for their support in ensuring peaceful governance in the state.

This was contained in the Governor’s Eid- Maulud message signed by his Chief Press Secretary (CPS), Mr Segun Ajiboye.

The statement reads; “As a way of life, Arakunrin Akeredolu urges the muslim’s not to depart from their known and celebrated love for one another and for the state.

“This administration identifies and congratulates you over the successful celebration of this year’s Eld-Malud”, the message stated.

The Governor however, urged the Muslims to reflect on the essence of the celebration in their ways of lives.

Also, in a goodwill message,  the Speaker of Ondo State House of Assembly, Mr Bamidele Oleyelogun called on muslims to pray for unity, peace and progress of the nation.

Oleyelogun enjoined muslims to use the occasion of the commemoration of the birth of Prophet Mohammed to show love to the less privileged.

He sued for peaceful co-existence among Nigerians, explaining that no meaningful development can take place in an atmosphere of rancour.

In his own message, the Chief Imam of Ondo Kingdom, Sheikh (Dr) Alhaji Bashir Alimi counselled  Nigerians to refrain from religious crisis that could undermine the country’s development.

Alimi also enjoined politicians to promote peace and unity by refraining from violence and hate campaigns.

He urged muslims to emulate  the good virtues of Prophet Muhammed who in his life time exhibited love, honesty and perseverance in relating with other  people with different cultures and religious.

In a related message, the Akure Missioner of Nasrullahi  Fathi Society of Nigeria,  (NASFAT), Alhaji Yunus Junaid advised muslim faithfuls to replicate the teachings of Prophet Muhammed instead of riveting his birthday.

He said there is nothing like Eid-el Maulud except the only two Elds according to the prophet which he said are the Eld kabir and Eld Fitri.

The two Eid, he said are to recognise the climbing of mountain Arafa during the holy pilgrimage and the completion of the ramadan fast.

He said muslims identified the day of the prophet’s birth which should be used to reflect over the life time of the prophet over his struggles, love to his people, his message and his leadership.

The major message on the birth of the prophet according to the Missioner is the operationalization of his thought and putting them to practice.

Report from Ore in Odigbo Local Government Area of Ondo State, quoted Oba Adeolu Johnson Olatomide as urging muslims to live in harmony with  adherents of other religions.

According to the monarch, “All Nigerians must seize the opportunity of Eid-el-Maulud to deeply reflect on the need for greater application of Prophet Mohammed’s teachings which border on piety, charity, tolerance, justice and peaceful co-existence with others in the collective effort to overcome current national challenges”.

The Olore of Ore land assured that he remains committed to the unity of the area, state and country urged governments at all level to put adequate structures on ground towards ensuring that the forthcoming general elections are credible, free and fair.

Also, the Orunja of Odigbo Kingdom, Oba Rufus Akinrinmade urged Muslims in the kingdom to continue to live in peace with other Nigerians irrespective of their religions.

“I want to use this opportunity to felicitate with our Muslim brothers and sisters in Odigbo and Nigeria, I pray God to bless them and grant them more successful years to celebrate Eidel- Maulud. We both serve the same God; christians and muslims, so we are celebrating Eid el Maulud together”

The traditional ruler described Governor  Akeredolu as an energetic and diplomatic man, who has shown readiness to perform.